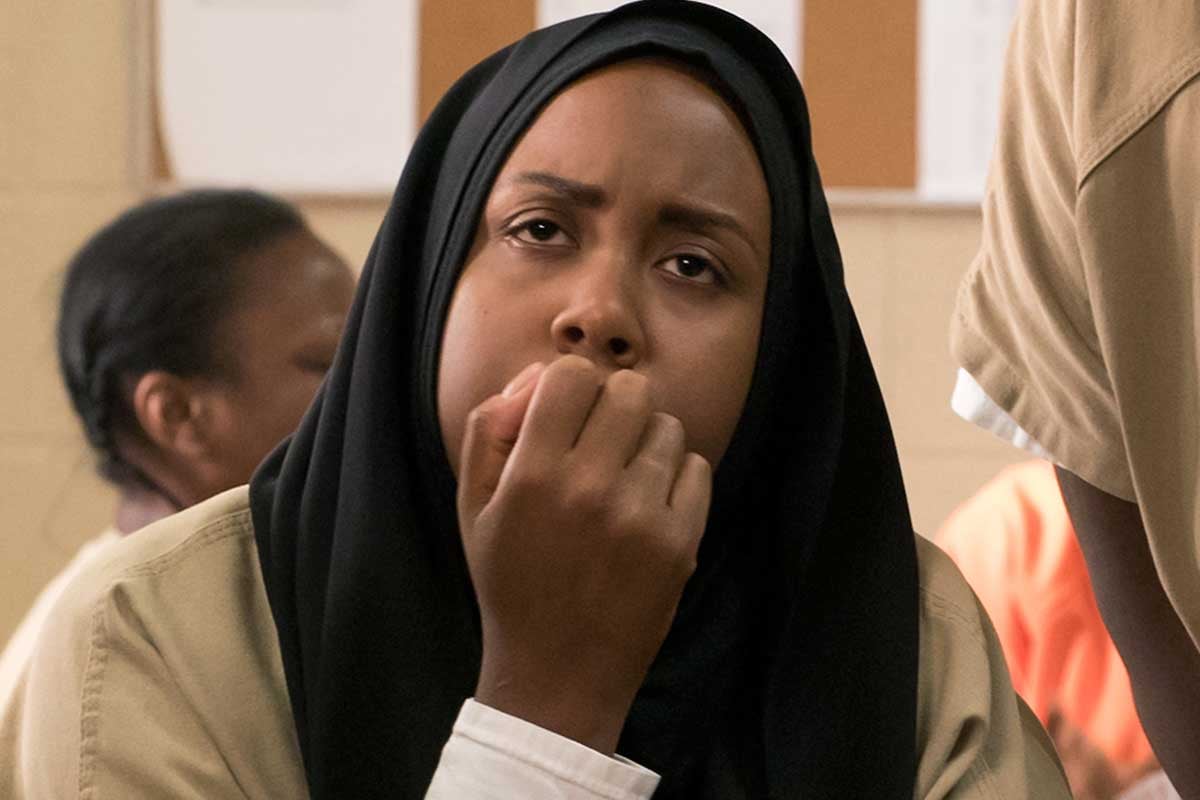 Spoilers for season five of Orange Is the New Black!

Alison Abdullah (Amanda Stephen) joined Orange Is the New Black season four as one of the new inmates who was transferred in by MCC as a way to eke every last cent out of Litchfield by stuffing it to the gills.

She initially didn't get along with bunkmate Black Cindy (Adrienne C. Moore) but gradually came to be part of the group that includes Cindy, Taystee (Danielle Brooks), Janae (Vicky Jeudy), Suzanne (Uzo Aduba), and Poussey (Samira Wiley), until Poussey's untimely death in the final episodes of season four.

When the show picks back up, Alison is still firmly part of the group, and in fact, she's instrumental in crafting the inmates' demands as part of the riot, due in large part to being more emotionally removed and practical since she wasn't as close with Poussey.

In episode four, viewers are treated to Alison's backstory, which may explain why she's determined to make Litchfield better, riot consequences be damned — she may not actually be ready to go home.

In her preprison life, Alison was part of a traditional family, with a husband, Hassan (W. Tre Davis), and a young daughter, Farah (Layla Bunch). But she and her husband are talking about bringing another woman into the marriage. Alison isn't thrilled about the idea, but she's overwhelmed with work, parenting, housework, and making their marriage work.

"We're not getting the best parts of each other," she says, extolling the virtues of having another wife to help out. Her husband says they could just hire a nanny, but Alison says they should keep an open mind if the right person comes along.

When the right person does come along, a nice woman named Sahara (Malika Samuel), things seem great at first, but Alison quickly starts to feel out of place in her own home. She's jealous of Sahara's relationship with Farah, especially with Hassan saying that Farah is Sahara's daughter too, which does not sit well Alison.

The episode doesn't reveal what Alison did to get sent to prison, but her backstory runs a nice parallel with what's going on with Kasey Sankey (Kelly Karbacz), the white nationalist whose husband is in a relationship with Sankey's permission while she's in prison. But Kasey is dismayed to see Facebook posts of this new woman taking an active role in her young daughter's life.

What's a shame is that the two inmates don't come together over their common problem, but Kasey's racism toward Alison isn't something either one of them can overlook.

For a refresher on how each Orange Is the New Black woman ended up in Litchfield, check out this handy guide.