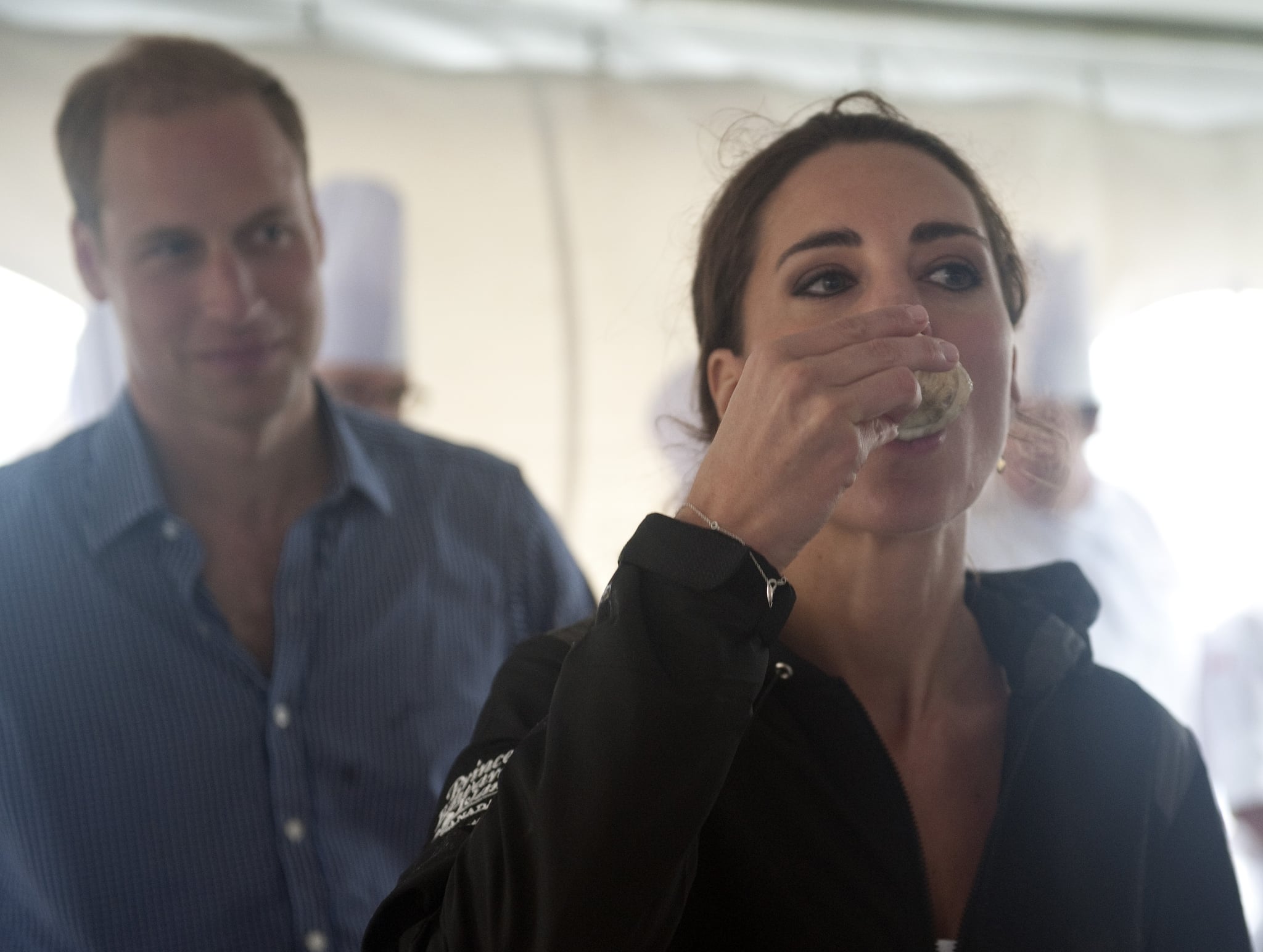 Although it's unlikely that we'll find ourselves hosting a meal for the British royals anytime soon, there is one item that you definitely won't find on our menu: shellfish. The entire royal family is advised to keep their distance from shellfish — including shrimp, crab, lobster, clams, mussels, oysters, and scallops — and the reason isn't as complicated as you might think.

Related:
8 Rules You Should Follow When Interacting With Royal Families Around the World

Shellfish has a high risk of causing foodborne illness, and given their hectic travel schedules, royals simply don't have time for food poisoning. As well as shellfish, it is also suggested that royals avoid rare meat, spicy foods, and tap water, especially while travelling abroad. Seafood is one of Meghan Markle's favourite cuisines, so we can't imagine this guideline is going to be easy for her to stick with (but it will be probably be easier now that she's eating for two!).

While the Queen always abides by these guidelines, more rebellious members of the royal family (such as Prince Charles) have been caught indulging in some of these supposedly banned foods. Prince William has also claimed that he and Kate Middleton love sushi, despite the similar risk that comes with consuming raw fish. While this royal rule definitely makes more sense than some others, we still think it should be up to every member of the family to decide what they choose to include in their diet despite the risks.