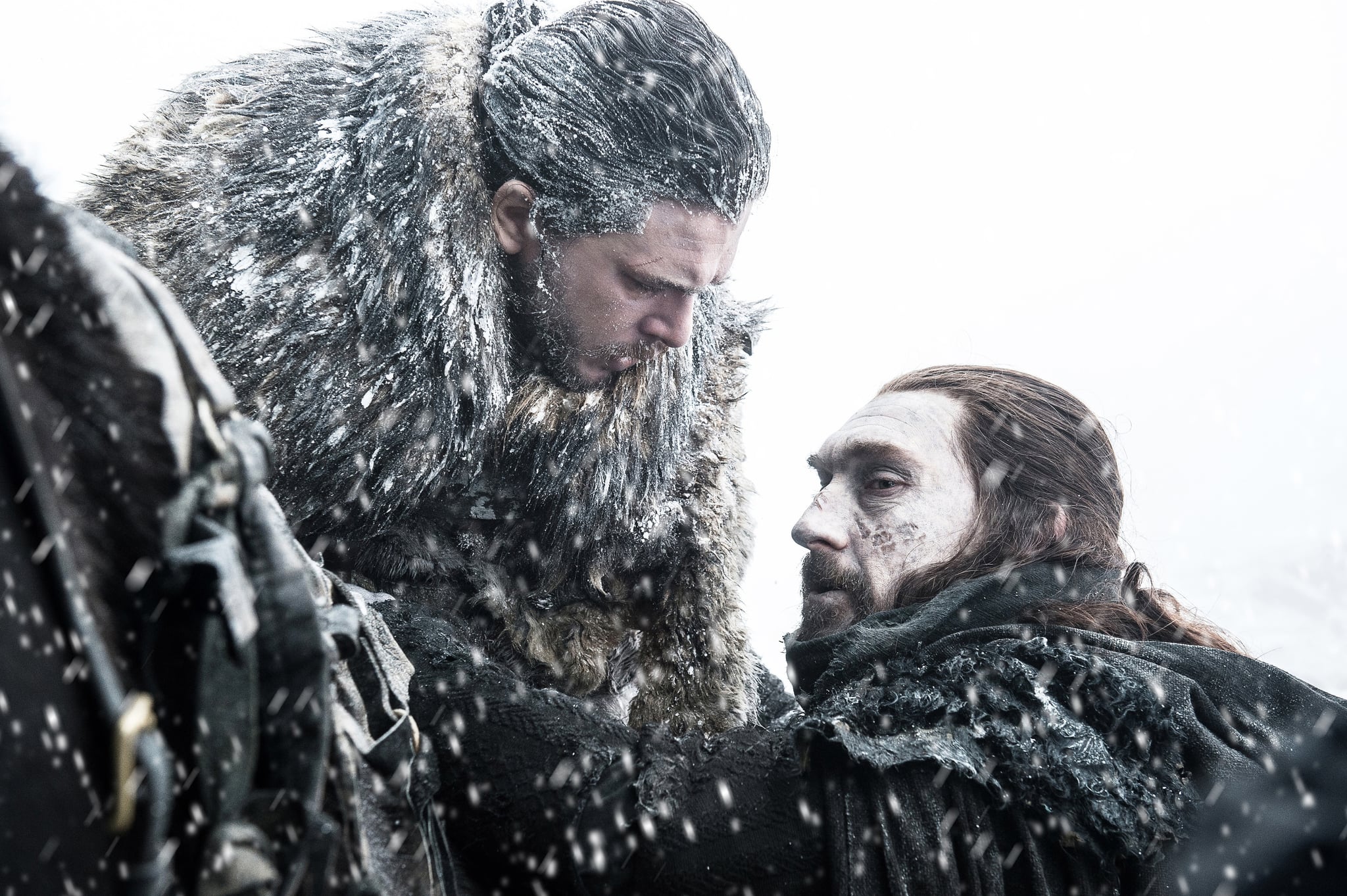 Not sure how the rest of you have been coping after season seven's heartbreaking "Beyond the Wall" episode, but our collective spirits are still pretty much crushed. Between the death of Viserion (followed by his transformation into a freakin' ICE DRAGON) and the loss of Benjen Stark, sh*t's looking pretty bleak in the Game of Thrones universe right now.

Related:
Benjen's Sacrifice Is a Reminder of House Stark's Greatness

But out of all the heart-wrenching moments from this episode, Benjen's death seemed to strike a particularly sensitive nerve on Twitter, with many people comparing his demise to another painful (and maybe even preventable) onscreen death: that of Jack Dawson. Yup, from Titanic.

A bit like Rose's infamous refusal to scoot over a bit on that door, Jon Snow couldn't find any room on his horse to save his beloved uncle. And people were PISSED.

Uncle Benjen and Jon had time and could have fit on that horse. #GameOfThones #thronesyall #titanic pic.twitter.com/VlpWXRcFwF

I don't understand why Benjen had to stay behind? There was plenty of room on that horse. It's like Titanic all over again #GameofThrones

But here's the thing: these two tragic situations are not as similar as they may seem on the surface. Rose had plenty of room on that wooden door, and she absolutely could have saved Jack if she shoved over a bit. All that wooden door needed to accomplish in order for both of them to survive was float, something that arguably could have happened with two humans aboard. That wooden door didn't need to travel at the speed of light to escape an army of wights. It just needed to float, dammit.

Related:
55 Reactions We Had to Watching This Week's Absolutely Absurd Episode of Game of Thrones

But Jon Snow's horse? It needed to do a lot more than just float. It needed to sprint for its life and outrun an army of the undead. Outrunning a legion of wights is a pretty tall order for a horse with the weight of two adult males on its back, especially if both are wearing enough Ikea rugs to weigh down an elephant.

No matter how painful, Benjen Stark needed to make that sacrifice and stay behind so that Jon Snow could survive and lead the North. And in typical Stark fashion, Benjen was happy to lay down his life in order for House Stark to thrive.