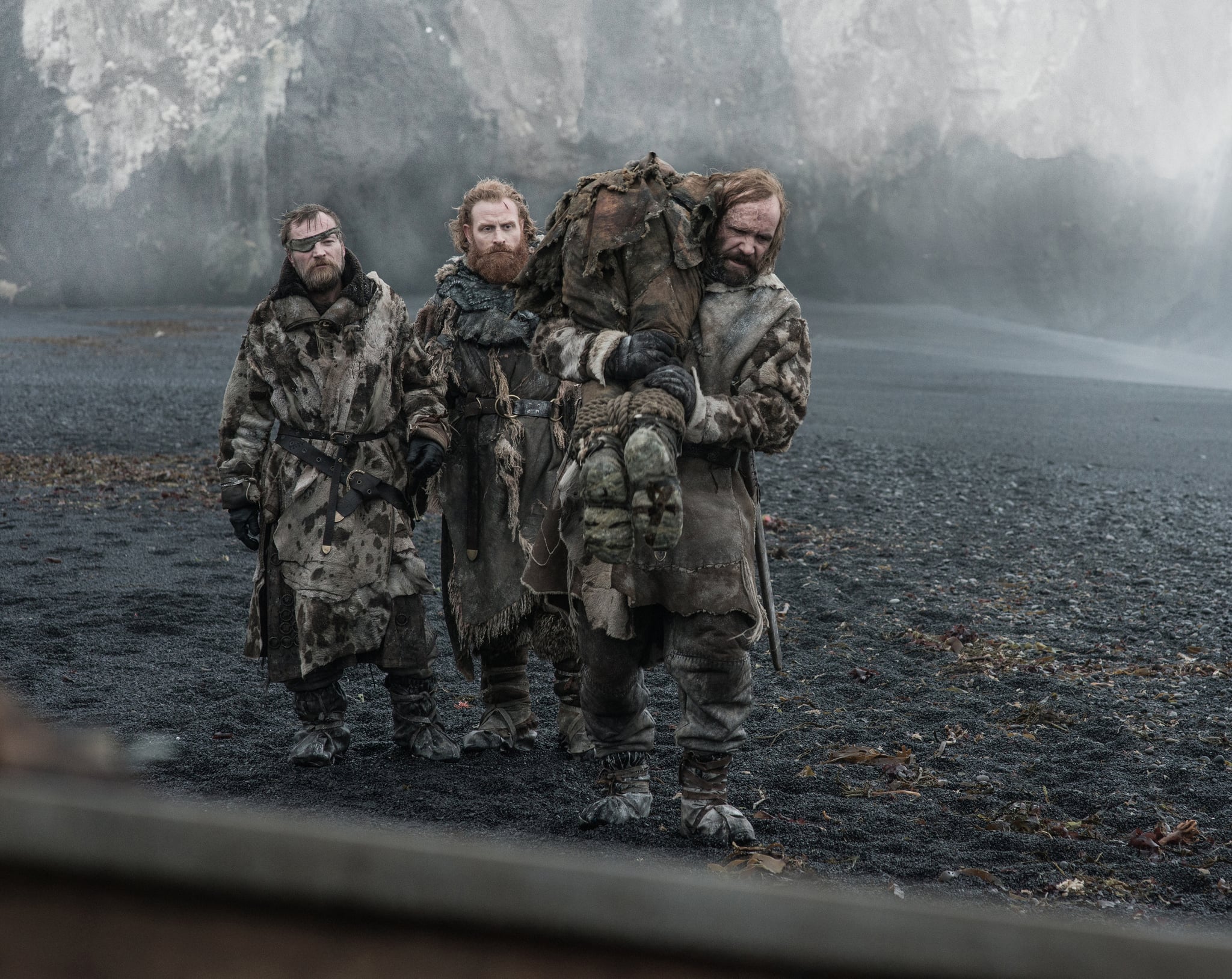 Let's get right to the point, shall we? Sandor "The Hound" Clegane does a lot of dumb stuff during the penultimate episode of Game of Thrones season seven, but freezing up when Thoros of Myr is attacked by a wight polar bear is not one of them. Following the traumatic mauling (and eventual death) of the topknotted red priest, tons of series fans took to Twitter to shame The Hound for watching in catatonic horror — but many don't seem to realise that Clegane's frozen demeanour has direct historical context.

I love the Hound, but damn he messed up. Y'all was hating on Theon for not saving Yara, but the Hound peaced out on Thoros. #GameOfThrones pic.twitter.com/wMEXKXLA4y

In its usual state, the wight polar bear isn't out of The Hound's depths as a fighter; he is, after all, a legendary warrior in Westeros. But when the bear is set aflame by Thoros's burning sword, it ignites into a fiery, raging monster . . . and The Hound goes catatonic with fear.

You see, much like Theon Greyjoy — who received flak for jumping off a boat earlier in season seven — The Hound has PTSD that is triggered by specific factors. While Theon's past "Reek" trauma is drudged up by seeing the look of betrayal on his sister's face, The Hound is haunted by his own demons.

In case you've forgotten Sandor's backstory, Tormund Giantsbane brings it up earlier in the very same episode (a conveniently timed history lesson courtesy of the GOT writers) when attempting to bond with The Hound. "Gingers are beautiful. We're kissed by fire," Tormund says, reminding The Hound: "Just like you."

This is, of course, in reference to the horrifying childhood incident when The Hound's sadistic brother, The Mountain, holds the young boy's face against a burning brazier for playing with a discarded toy. This is how The Hound acquires his facial disfigurement and severe scarring — but this episode makes it clear that the scars aren't just skin-deep.

The Hound is deeply afraid of fire, and considering his injuries, it's understandable. He has expressed discomfort throughout the entire series when faced with flames, which explains his wariness of both Thoros and Beric Dondarrion, who carry flaming swords and worship a god who communicates to them in the form of fire. But just as he begins moving past this caution and travels north with Beric and Thoros to fight the undead, a literal monster bounds out of nowhere to attack The Hound's group and promptly transforms into his biggest fear.

If you want to roast The Hound for any of his bad decisions, perhaps you should focus on the rock that he throws to alert the Night King's entire army that they can cross the frozen lake and attack Jon Snow's party . . . but when it comes to Sandor Clegane's response to flames, give him a f*cking break for freezing up. Even without fire, a gigantic undead polar bear is enough to scare the bravest of men.