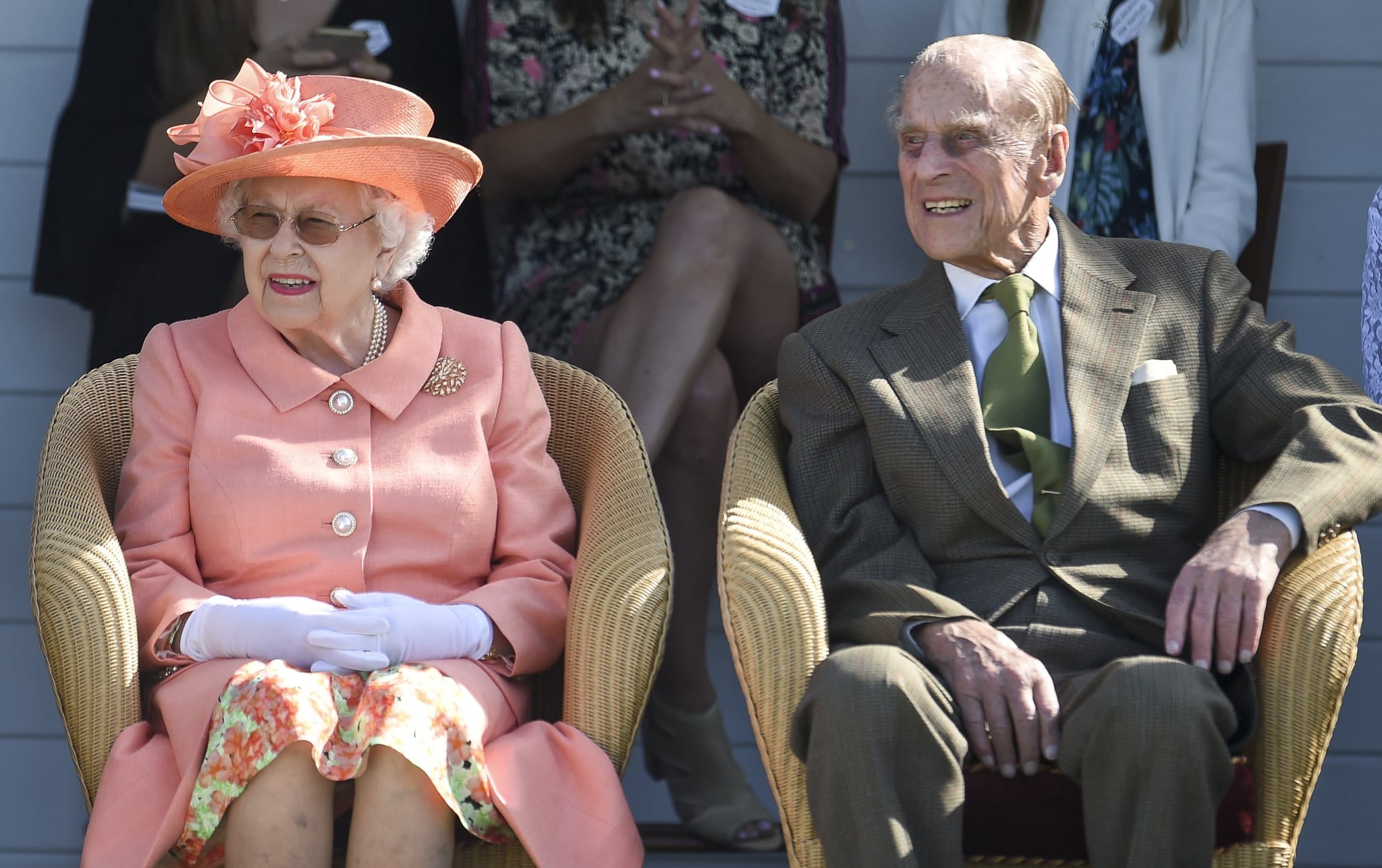 Prince Louis will be christened at the Chapel Royal at St James's Palace on July 9, but two key members of the royal family will not be in attendance. Ahead of the ceremony on Monday, it was announced that Queen Elizabeth II and Prince Philip would not be attending the event. According to a palace representative, "the decision was not made on health grounds" and was "mutually agreed" by Queen Elizabeth, Prince William, and Kate Middleton "some time ago."

While Buckingham Palace didn't reveal the reason for their absence, it's likely to due to the queen's busy schedule. Following her trip to Scotland last week, she is currently travelling back from Sandringham, Norfolk, where she spent the weekend. On Tuesday, she is set to celebrate the 100th birthday of the Royal Air Force by attending a Westminster Abbey service in London, followed by her first official meeting with US President Donald Trump at Windsor Castle on Friday.

Though we're certainly going to miss seeing Prince Louis with his great-grandparents, there will be a few other members of the royal family on hand for the event. Prince Harry and Meghan Markle are set to attend along with Prince Charles and Camilla, Duchess of Cornwall. Kate's parents, Michael and Carole, and her siblings, James and Pippa, will also be in attendance. We can't wait!