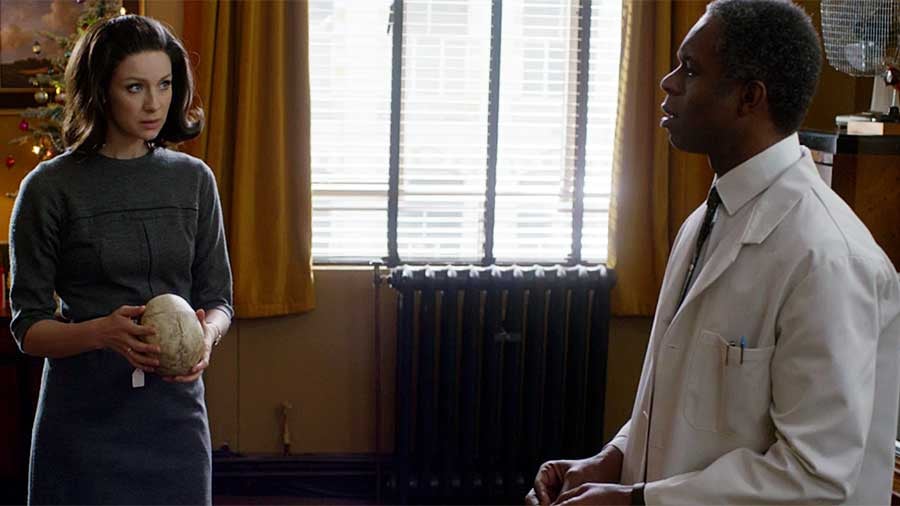 Near the end of Outlander's season three finale, Claire is panicking in the aftermath of having just killed Geillis Duncan with a machete. Granted, she is doing it to save the lives of both young Ian and her daughter, but it's still a lot to deal with. While she shakes and struggles to catch her breath, Claire flashes back in her mind to a conversation she had in Boston with her friend and colleague Joe Abernathy. If that left you a little confused, we're here to help.

If you'll recall, back in episode five, "Freedom & Whiskey," as Claire prepares to go to Scotland so she can time travel and reunite with Jamie, she puts her affairs in order and says goodbye to Joe, who is really her only friend in Boston. He's consulting for a friend on a skeleton that was found in a cave in the Caribbean.

Joe describes the skeleton as being a full-grown woman, maybe in her late 40s. Claire picks up the skull and a shudder runs through her, then she says, "[Your friend] sent you over a 150-year-old murder victim." 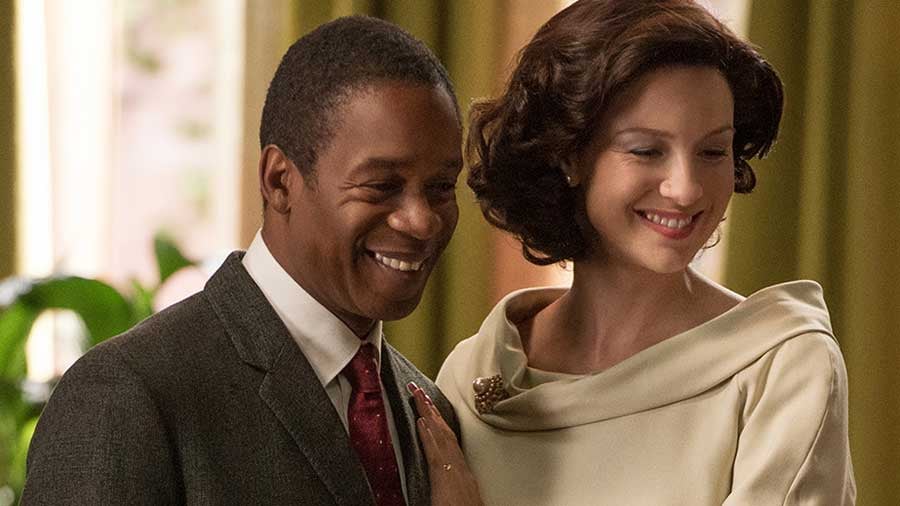 When Joe examines the neck bones, he confirms Claire's theory. "Somebody tried to cut this lady's head clean off, with a dull blade. How did you know?" he asks, but Claire doesn't really know how she knows.

Joe reveals that his friend thinks it might be a "secret slave burial," but he says this skeleton wasn't a slave because it belonged to a white woman. He can tell by the size of the tibia in relation to the femur, which is called "the Crural Index."

Related:
This Outlander Romance Isn't in the Books, but We're Totally Rooting For It

And then he and Claire go on to talk about her "man in Scotland," because he knows that's where she's going. There were some comments by fans and even some writers about their confusion regarding this scene, but the show writers didn't just invent it out of thin air. Author Diana Gabaldon loves to put in spooky little time-spanning connections, and she also loves to foreshadow death. This scene is straight out of the book.

There's one other little connection to Joe Abernathy that the show didn't really draw much attention to. Did you notice he has the same last name that Geillis had when she died? In the book, it is largely implied that Joe is a descendant of Ishmael, a slave who works in Geillis's kitchen at the Rose Hall plantation. There are numerous mentions in the book of times when Ishmael's voice reminds Claire of Joe; Ishmael is also a medicine-priest, and Joe goes on to be a medical doctor.

Back then, slaves were sometimes given their master's surname, so the book implies that Ishmael Abernathy is the many-times-great-grandfather of Joe. Just another little wink on the part of the author.