With all of the otherworldly possessions, baby Demogorgons, and yet another brutal end for a fan-favourite character, you could say a lot of crazy sh*t goes down in season two of Stranger Things. But you know what? There are quite a few sweet moments squeezed in there, especially when it comes to Nancy and Jonathan's new romance.

The will-they-or-won't-they dynamic of their relationship has always been exciting for anyone on the #TeamJonathan side of the show's big love triangle (although support for #TeamSteve is still going strong, don't you worry), and season two's fifth episode kicks the tension between them into overdrive. In "Dig Dug," Nancy and Jonathan decide to team up to "burn Hawkins Lab to the ground." The night before they put their big plan into motion, the pair rent a motel room together and have a pretty cute conversation.

As they're about to go to sleep (in their separate beds, mind you), Jonathan asks his not-so-secret crush if she wants the lights "on or off," and she laughs. He asks her what's so funny, and she replies, "Nothing. Dejà vu." 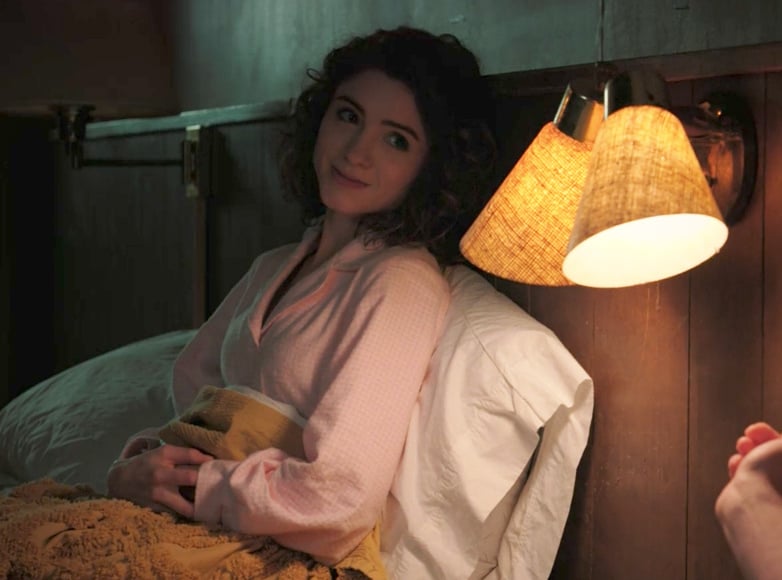 For anyone who has season one still fresh in their minds, Nancy's line is a reference to the night she and Jonathan spent in her room a year earlier. They'd just discovered an entrance to the Upside Down and had the first of many traumatic experiences together, so Nancy asks him to spend the night with her (and the "on or off" question is asked).

"Don't you think it's weird?" Nancy goes on to ask Jonathan in the season two scene. "We only seem to hang out when the world's about to end."

End of the world or not, these two clearly just can't stay away from each other.