It's a merciful moment indeed when The Walking Dead's season eight premiere episode finally gives us a glimpse of Michonne in all her badass glory because, for a minute there, those teary-eyed shots of Rick looming over a dirt grave start to look a little ominous about our samurai-sword-slinger's fate. After all, she's definitely been stung during that skirmish with the Saviors, so it could happen. But lo, she is indeed alive, and she even features prominently in Rick's flash-ahead visions (dreams?) about a brighter future for his family, so PHEW.

On the other hand, she's not exactly as well as usual right about now. Rather than joining the other Alexandrians and allies on the road to do battle with Negan, Michonne hangs back with Carl and even cedes to his leadership (even though he's practically a baby) when it comes to managing the home front.

So, why does Michonne stay behind? And what does it mean for her — and everyone else, for that matter — that she's taking a pseudo-staycation to run defense while the rest of the team is out doing all the dirty work?

Why Michonne Stays Behind

The real reason Michonne seems to have opted out of the fight is that she's still a bit banged up from her fight with Farron. Michonne's been struggling in general lately, what with her sniper skills being in desperate need of some finesse and all. So, the fact that someone else was able to (temporarily) get the upper hand and bash her head into the ground has to hurt in more ways than one. Perhaps a little time spent minding the gate is exactly what she needs to get her head, and aim, straightened out once and for all. And her recovery might just be the key to win this thing when it's all said and done.

From the looks of what's to come in this season of The Walking Dead, Rick is definitely erring on the side of overconfidence when he predicts the bout with Negan will end after the first melee. If this war is anything like the comic book version, it'll be costly and pretty drawn out, and, yes, the world will continue to expand (oh hello, Whisperers), requiring Michonne to use more of her brainpower than her might to help guide her friends in the right tactical directions along the way.

So, maybe giving Michonne time to regroup, both physically and mentally, will prove to be a long-run asset for the team. As important as timing can be on this show, perhaps they're just saving her strengths for an opportune time. After all, she's come in on the clutch plenty of times before, so it'd be no surprise to see her re-emerge from her R&R stint an even stronger and smarter soldier than before.

Having said that, she's still a severe loss of (wo)man power for the squad. There's hardly anyone that's more effective at zombie-slaying than Michonne when it comes to boots on the ground. No amount of fancy pyrotechnics or sharpshooting can replace what the woman can do with her trusty blade in hand, so if the group's ever threatened by the encroachment of a walker horde, or even a gaggle of Saviors, they'll be far less equipped to raze the rabid foes. 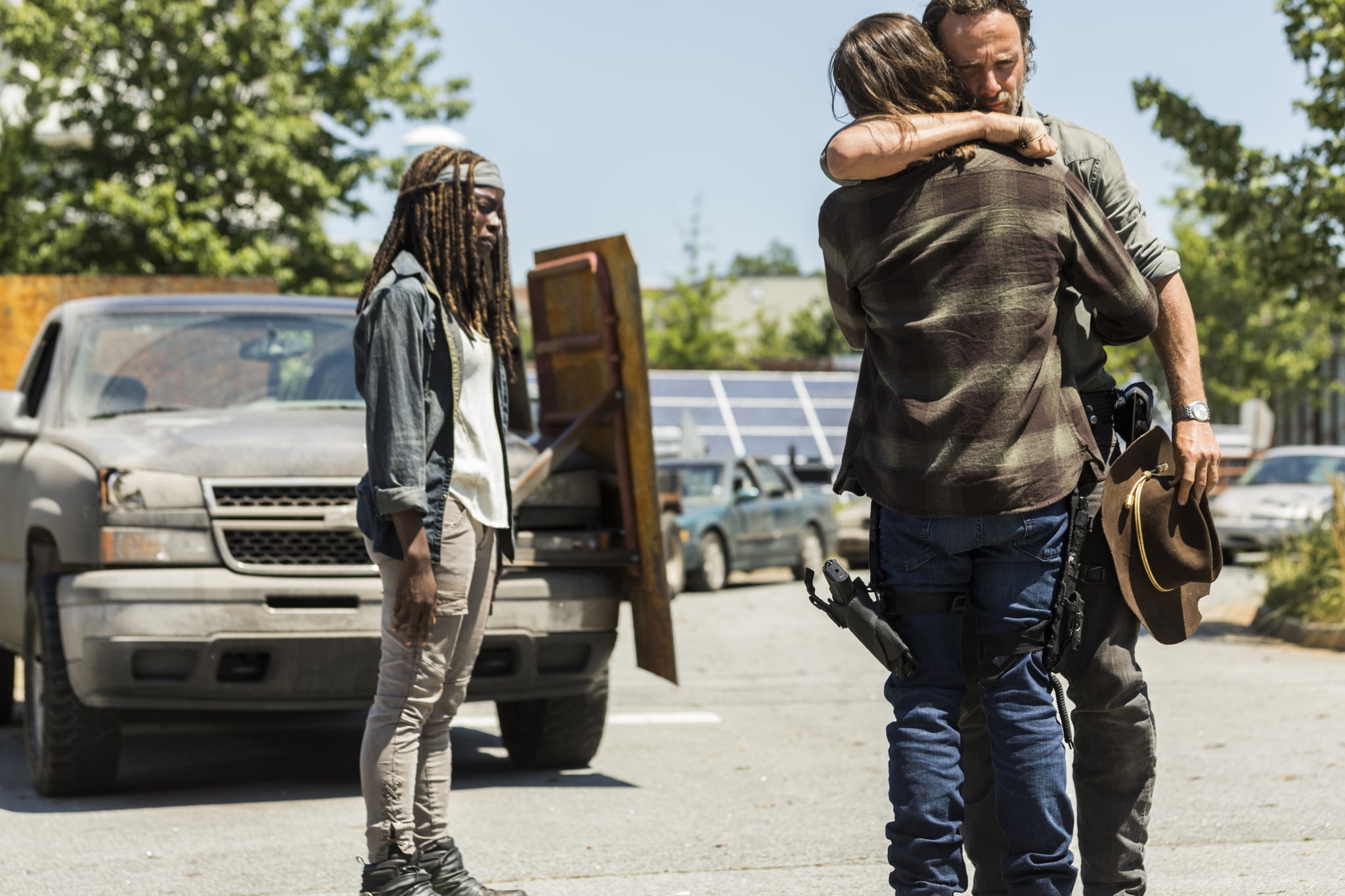 What Michonne May Do Next

It's clear from the season opener that Carl is starting to think for himself. After he runs into Siddiq at the rundown fuel station and watches his father scare the fellow away with a few shots to the sky, Carl returns to the spot — a defiant move indeed — to deliver the dude some food and a note of apology for his dad's behaviour. Although Rick has made a habit of distrusting people he meets — and showering them with his infamous three-question series to judge their kill stats — Carl seems to be leaning in a different direction.

And since Michonne has basically become his stepmom and seems to give him a lot of credit and confidence (in the show and comics alike), their time spent together while Rick is off waging war might just be what they both need to groom him for leadership. After all, a new community seems to pop up every other episode, so if Rick keeps taking out all their top dogs, they'll need someone they can trust to take charge of the new satellite communities. Who better to wear that hat than the kid who literally wears Rick's hat?

What Danai Gurira Has Said

Actress Danai Gurira (aka Michonne) has promised some dynamic shifts to come in season eight, telling ComicBook.com, "We don't tend to tread the same ground twice . . . We've all been knocked clear off our feet, and there's just so many ways everybody's story is expanded and deepened and sharpened. And the clashes that we're in take turns no one's going to expect."

Could she be pointing to a relationship shift that more acutely matches her character in the comics? If so, fans might expect to see her become King Ezekiel's queen, rather than continuing to shack up with Rick — which means all those visions of a white-bearded tomorrow Rick had might have just been wishful thinking after all . . . but let's not get ahead of ourselves on that possibility just yet.

More likely than not, her time off from the throes will instead provide her a must-have moment of introspection and a deepening sense of clarity. Rick's not the only one thinking long-term right about now. The actress told Entertainment Weekly that after Michonne faces the possibility that she might lose someone she truly loved (namely Rick, in season seven), she has to put away this notion that "they would fight and fight and fight and not go down."

As things start getting a little too real, she starts to believe in Rick's grandiose visions for the future and eventual peace for the survivors, with Gurira explaining, "it's about something so much bigger than your personal loss. And that, to me, was really powerful. That's where she's getting to now, the idea that this is bigger than personal loss. This is about creating really a new civilization and fighting for our humanity — fighting for the humanity of generations to come. And I think that's where she ends up by the end of the season. And yes, of course, fighting tooth and nail for those you love at the same time."

Up to now, Michonne's always been a do-er, but maybe now that she's one step removed from the action, and with this new enhanced perspective in place, she can adopt a very different role than just being a supreme henchwoman.