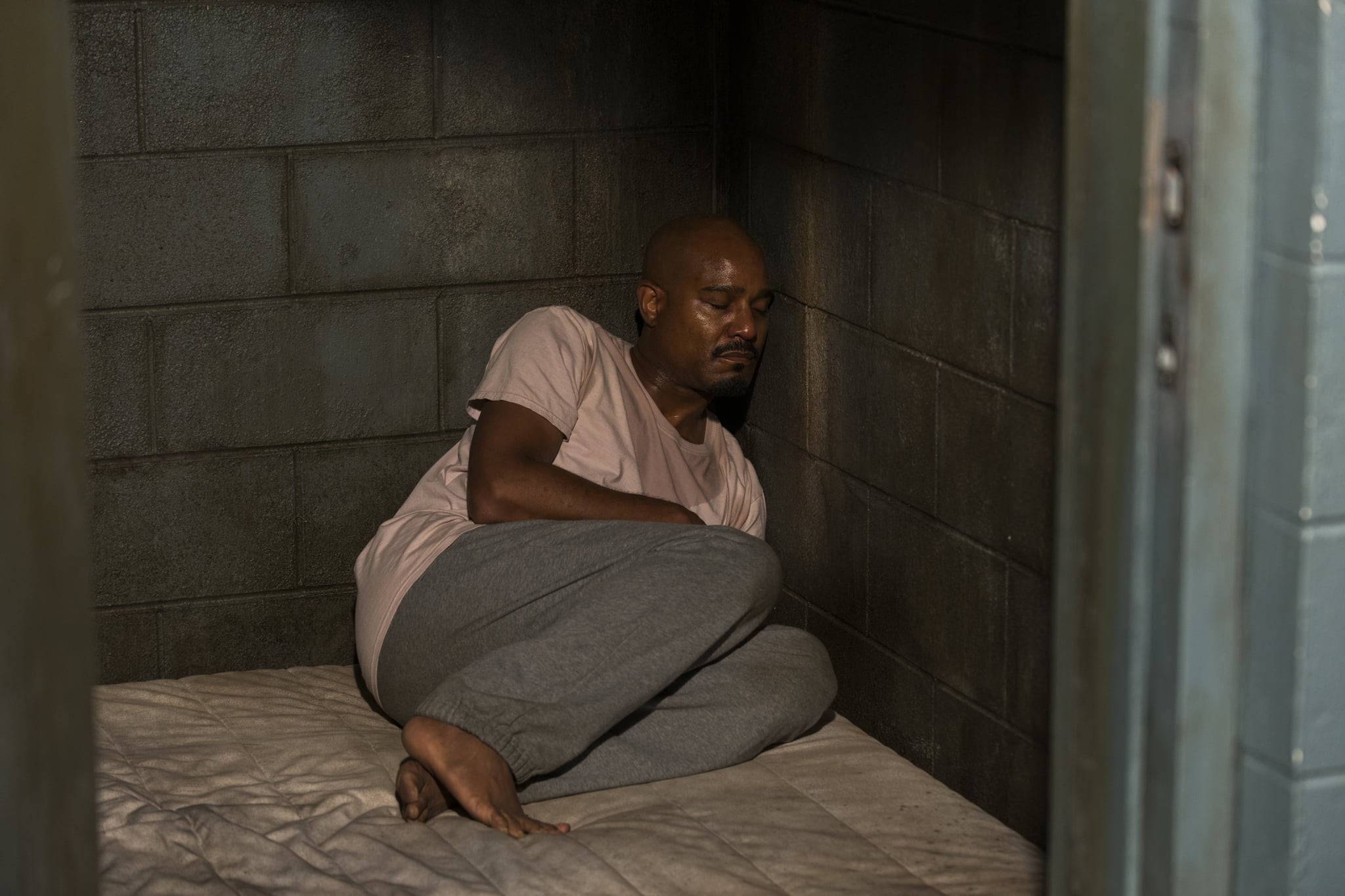 In typical Walking Dead fashion, the most recent episode saved almost all of the action for the last few minutes. In addition to a mysterious helicopter and a heartbreaking revelation about Negan, Father Gabriel appeared to fall gravely ill. Actor Seth Gilliam would only reveal to POPSUGAR that his character is "Uh . . . sick," rather than any concrete details, but a fan on Reddit seems to have uncovered an interesting (and disgusting) reason for why the ill-fated preacher might be suffering.

If the show follows the comics, we know that Father Gabriel won't meet his demise until much later. That being said, it doesn't mean they won't thrust the character right up against the edge of death to pump up the drama in the meantime. Now, if you watched the last episode, "The Big Scary U," you got to see Gabriel and Negan escape the trailer surrounded by a thick horde of walkers by covering themselves in zombie guts. They pass through the walkers without much incident, and the next time we see them Negan is inside the Savior compound making a speech to his riled-up followers, with Gabriel kneeling beside him. Negan then has him brought to a prison cell.

At the end of the episode, Eugene visits a very sweaty Gabriel in the cell, where he's huddling in a Savior prison cell looking decidedly worse for wear. Did he get bitten in those minutes we didn't see? Is Negan so repulsive that he's making him physically ill? Or, is there a third option?

"The way I interpreted everything is that the walkers around this area are irradiated from the chem plant," Reddit user zorbinski theorized in a recent post. "THAT is why Gabe is sick, and Negan made the comment on how everyone gets sick from gutting up — to which Gabe replied 'We're from Georgia.' It's a joke, but it's also true to the situation. I don't think the Saviors know that those barrels are dumped in the woods, or realise the walkers are getting radiation from it." 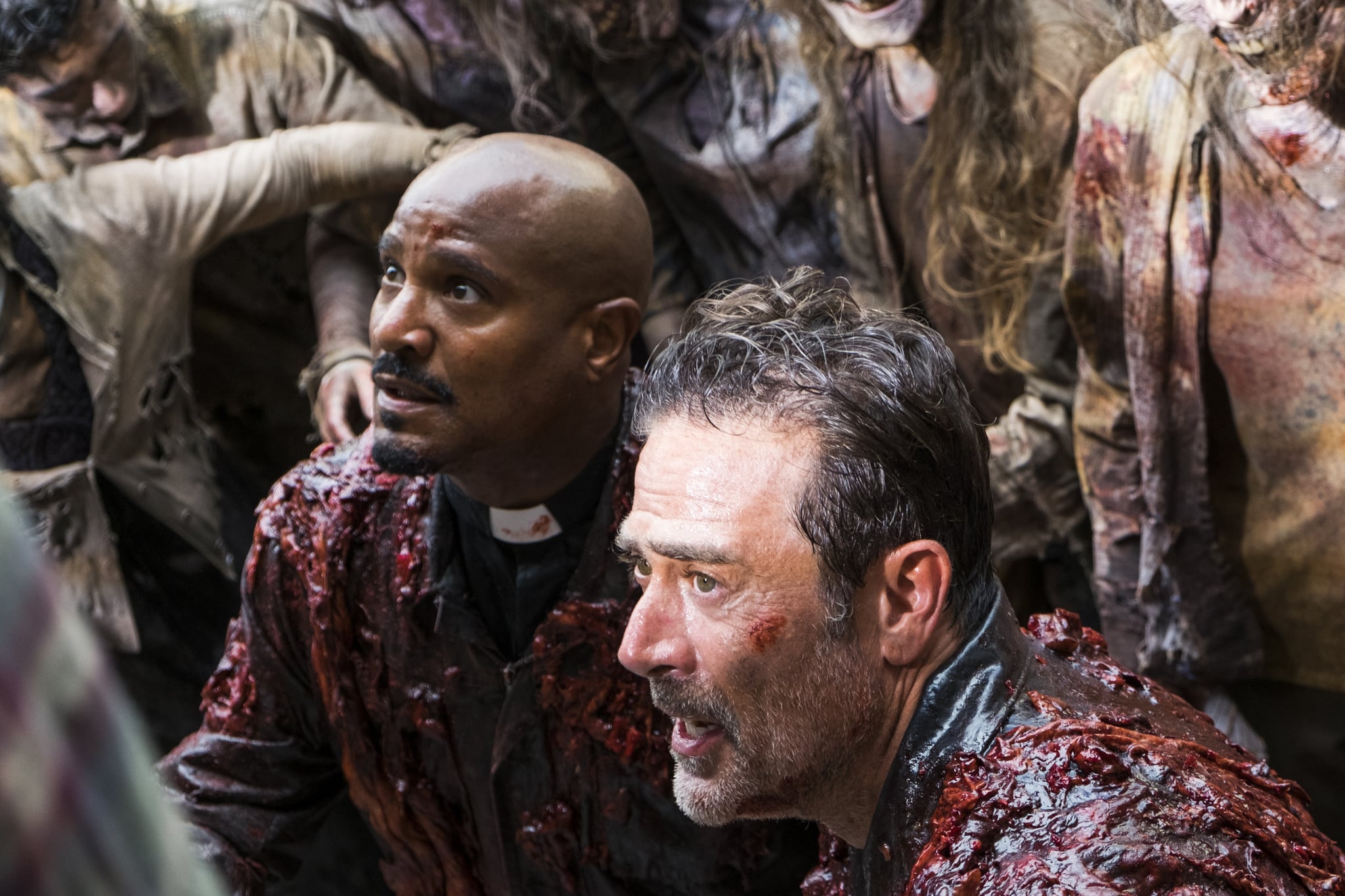 As out-there as the idea might seem at first glance, there are certain aspects of the theory that definitely appear to hold water. "They've been building this 'mysterious dangerous substance' now the whole season," zorbinski continues. "Carol & Ezekiel came across the walkers that were glowing or whatever (and commented on it). Shiva saved Ezekiel, and the camera panned over to the barrel in the creek. Negan and co. are always mentioning 'The Chem Plant.' Then, finally, Negan warns Ezekiel about getting sick from wearing guts — but Gabe doesn't know about the irradiated walkers . . . THESE zombies, AROUND THE SANCTUARY, are irradiated and toxic, as a result of the Chemical Plant nearby. Father Gabriel isn't faking, he doesn't have heat stroke, and I would even go as far as betting he WAS NOT BITTEN . . . He has RADIATION POISONING."

As usual, The Walking Dead never fails to find new ways to gross us out.

Netflix
When Is Master of None Season 3 Arriving on Netflix? It'll Be Here Pretty Soon!
by Amanda Prahl 17 hours ago

Netflix
Who Is Jessie Mei Li? Here's What You Need to Know About the Shadow and Bone Star
by Navi Ahluwalia 18 hours ago