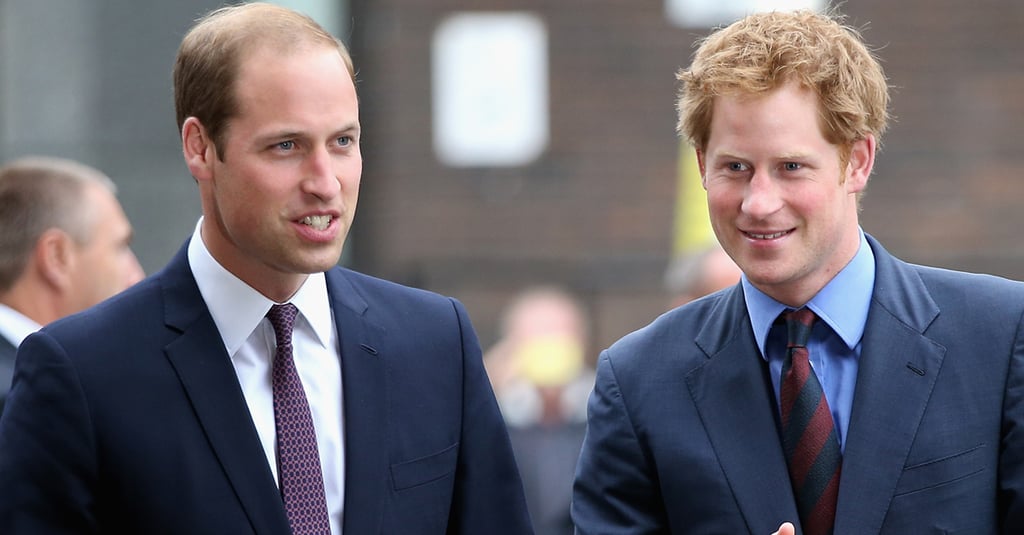 Even royals struggle to tell their belongings apart from those of their siblings. Earlier this week, when Prince Harry attended the WellChild Awards in London, photographers captured a picture of brass shoe tacks making the letter "H" on the soles of his shoes. Why the hidden monogram? Well, back in 2011, after the letter "W" was spotted on Prince William's shoes, a royal source reportedly confirmed that the brothers added letters to differentiate their shoes because they wear a similar size. Although Prince William and Prince Harry don't live together now, that would have been particularly necessary over the last few years, because at different points, they've shared the suite of rooms at Clarence House and Kensington Palace.

Can't get enough of the royals? Check out Will and Harry's memorable moments over the years, plus the cutest 2015 snaps of the Duke and Duchess of Cambridge so far!