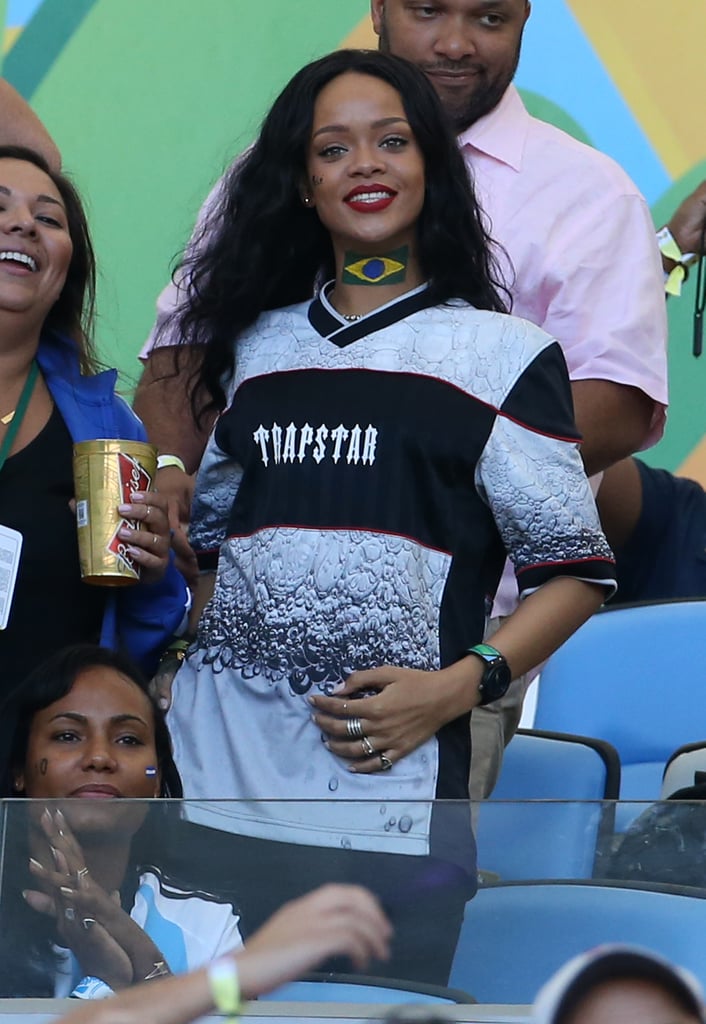 Why Rihanna Was the Real Winner at the World Cup

Yes, Germany may have won the World Cup on Sunday, but it was quite clear that Rihanna was the person who was having the best time at the game. After getting fans riled up with her hilarious Twitter commentary during the World Cup, the Barbadian singer headed down to Brazil to watch the final game and be a part of the action. Rihanna clearly had a good time, partying in the stands with her friends and later heading to Germany's postgame victory bash to hold the World Cup and hang out with the players. Keep scrolling to see the singer's epic day and don't forget to check out all the celebrities that were are the World Cup Final!

Hair
Just FYI, Rihanna's Pixie Cut Is Back — and It Feels Like 2012 Again
by Danielle Jackson 07/5