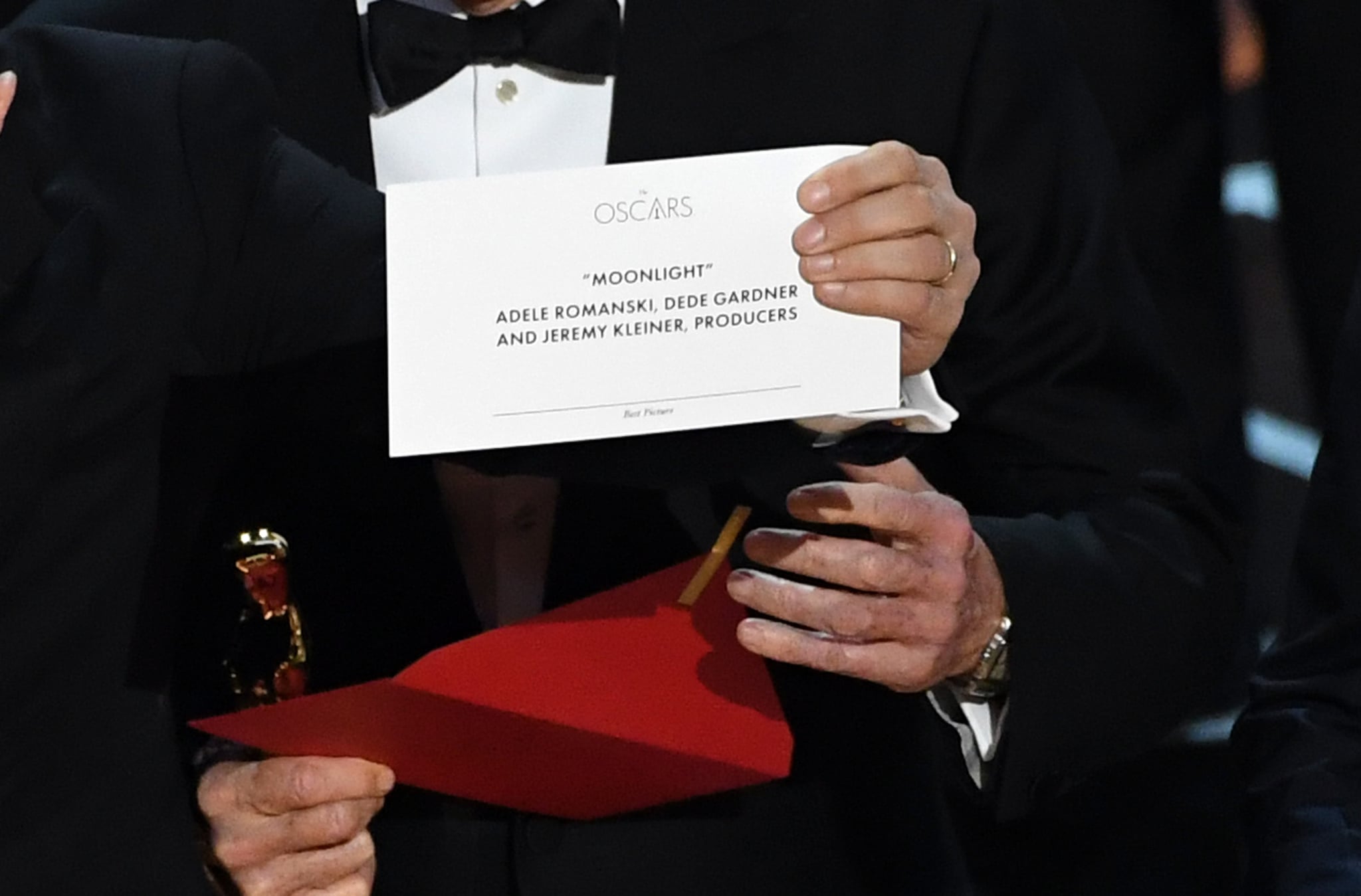 By now, you probably know that the end of this year's Oscars was overshadowed by a tragic mistake. Warren Beatty and Faye Dunaway had been selected to present the award for best picture but mistakenly gave the award to La La Land instead of Moonlight, the rightful winner. So, what happened? We know Warren was handed the envelope for best lead actress, with Emma Stone as the winner. "I opened the envelope and it said Emma Stone, La La Land," Beatty said on stage. "That's why I took such a long look at Faye and at you. I wasn't trying to be funny." Stone, on the other hand, claimed she was holding her winners card the whole time. That means there's only one explanation: Beatty was holding a duplicate.

Is that possible? Could an additional best actress card have been printed by mistake? We did some digging and found a pretty interesting answer. Actually, every single winner has a matching set of cards. In 2016, the New York Times interviewed PricewaterhouseCoopers partner Brian Cullinan — PwC is the accounting firm that officially partners with the Academy and tallies all the votes — and explained why this happens. "In an undisclosed location, the partners tabulate votes and stuff two sets of winning envelopes, partly as another security measure and also to aid the show's flow. Stationed with their signature briefcases on opposite sides of the stage, either Cullinan or Ruiz can dispense envelopes to presenters. At the end of the evening, each accountant will have given out about half of the envelopes."

This means that Emma Stone's best actress envelope was likely given out on one side of the stage while one of the PwC partners mistakenly handed Beatty the duplicate envelope on the other side of the stage. Considering how the PwC issued an apology after the whole snafu, this is the most plausible explanation.