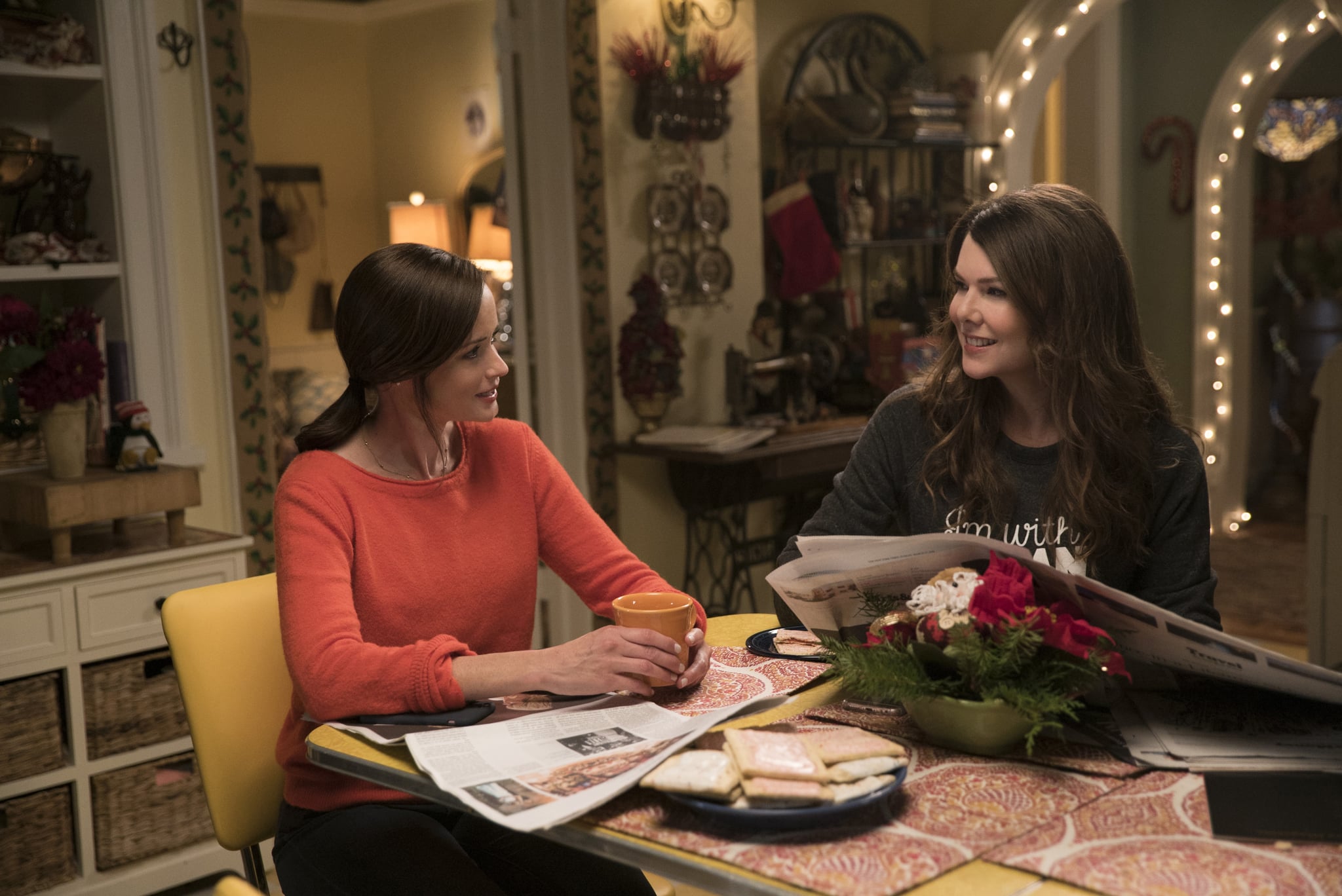 Everyone has experienced that awkward moment when you're chatting with someone in passing, and after you've already said goodbye, realised that you're both actually going in the same direction. There are only two ways to deal with this: walk together in silence or try to make more uncomfortable chit-chat. Either way, neither situation is ideal. My point is that when you say goodbye . . . it's time to say goodbye.

The same thing can be said for TV shows. While we all wish that our favourite characters could live out their lives in real-time and we could watch episode after episode forever, all good things come to an end. Gilmore Girls: A Year in the Life is the perfect opportunity for fans to say goodbye to their favourite characters, get closure on a few storylines, and bid farewell to Stars Hollow. While Netflix hasn't announced any plans for a second season of the miniseries, anything is possible. But, just because you can do something, doesn't mean that you should. Here are a few reasons why we don't need another season:

1. We Already Got the Intended Ending

More than a few fans were enraged in 2006 when, after The WB transformed into The CW, Amy Sherman-Palladino's contract wasn't renewed. After all, she and her husband Daniel Palladino were the creators, show runners, directors, producers, etc. You name it, they did it. They were the ones that brought Gilmore Girls to life, and the final season just wasn't the same without them. When Netflix greenlit Gilmore Girls: A Year in the Life, the Palladinos were given another chance to end the show on their terms, including the Last Four Words, which were meant to be, well, the last.

2. It Wouldn't Be the Same Without Everyone

After Gilmore Girls first came to an end in 2007, most of the cast moved on to other projects and continued to act. When Gilmore Girls: A Year in the Life was being filmed, most of the cast were attached to (or had just finished) other projects. Lauren Graham's Parenthood had just ended, but her book, Talking As Fast As I Can, was soon to be released. Jared Padalecki continued his role on the long-running Supernatural, while Milo Ventimiglia was cast in breakout hit This Is Us. As for Melissa McCarthy, she was busy starring (and being fabulous) in just about everything, so it was a miracle she could even film for a second. But one of the things that made the revival so special was that almost every original actor reprised their role on the show (save for Chad Michael Murray's Tristan). If another season were to be made, it's doubtful that all of the busy schedules of the cast would align long enough to film. What would the show be without Lorelai? How would we ever get closure on Rory and Jess? In our book, it's all or nothing.

It's undeniable that by the last episode of the miniseries reunion, viewers were left with some unanswered questions. Will Michel move to New York? Will Paris and Doyle reconcile? Who sent Emily that nasty letter? And, who's the father of Rory's baby? But if you think about it, we really don't need an entire new season to figure those things out. And even if we did get those answers, nothing would change. If Michel decides to move to New York, and Paris and Doyle divorce, we've had a chance to make our peace with it. If neither goes through with their plans, nothing changes for those characters. And, despite Emily not knowing the sender of her hate mail, she and Lorelai have patched things up in their relationship and things are pretty steady. As for Rory's baby daddy drama, simple math proves that the only possible father of her baby is Logan. No more questions? No new season.

We don't know where exactly Rory went wrong, (although we suspect it was when she had that little affair in season four) but the girl is a hot, steamy mess. A Year in the Life was created to give the characters, and the fans, closure. In the end, everyone walked away with their happy ending, except Rory. Lorelai and Luke got married. Emily coped with Richard's death and found herself again. Even Dean seemed to walk away with the old-school, white-picket fence American Dream. But, Rory? Her career was up in the air, while her love life was in shambles on the floor. While we would love to see her return to her former glory, that wouldn't be Gilmore Girls. That'd be The Rory Show.

5. It Could Get Worse (For Rory, Mostly)

Before you freak out, we don't mean that Gilmore Girls is, or could ever be, bad — especially with Sherman-Palladino in charge. But, Rory's life is kind of in the crapper. Sure, she has a possible book and baby on the way, but those could both be more problematic than they seem. If there were to be a new season, there's no guarantee that Rory would get her act together like she so desperately needs to. What if she ends up with Logan instead of Jess? Or worse, ends up with neither? And, is it really fair to force the other characters into conflict just so Rory can get her act together? Not knowing an outcome allows fans to create their own perfect scenario with their imaginations, while knowing for sure what happens can be more disappointing that satisfying. Sometimes, ignorance really is bliss.

6. We Don't Care About a Baby Gilmore

This isn't to say that we don't care about Rory's child, we just don't care about it while it's a baby. This may sound harsh, but think about it. When the original Gilmore Girls aired in 2000, it was a show about a 32-year-old mother and her relationship with her 16-year-old daughter. In the revival, though, Rory is 32 and her future child would be an infant. We would much rather see Rory drinking coffee and gabbing at Luke's with her own teenage daughter rather than putting on diapers and puréeing organic baby food. Not to mention, an entire season of a pregnant Rory equals an entire season of a decaffeinated Rory. We're not sure that she (or we!) could handle a non-coffee drinking Gilmore.