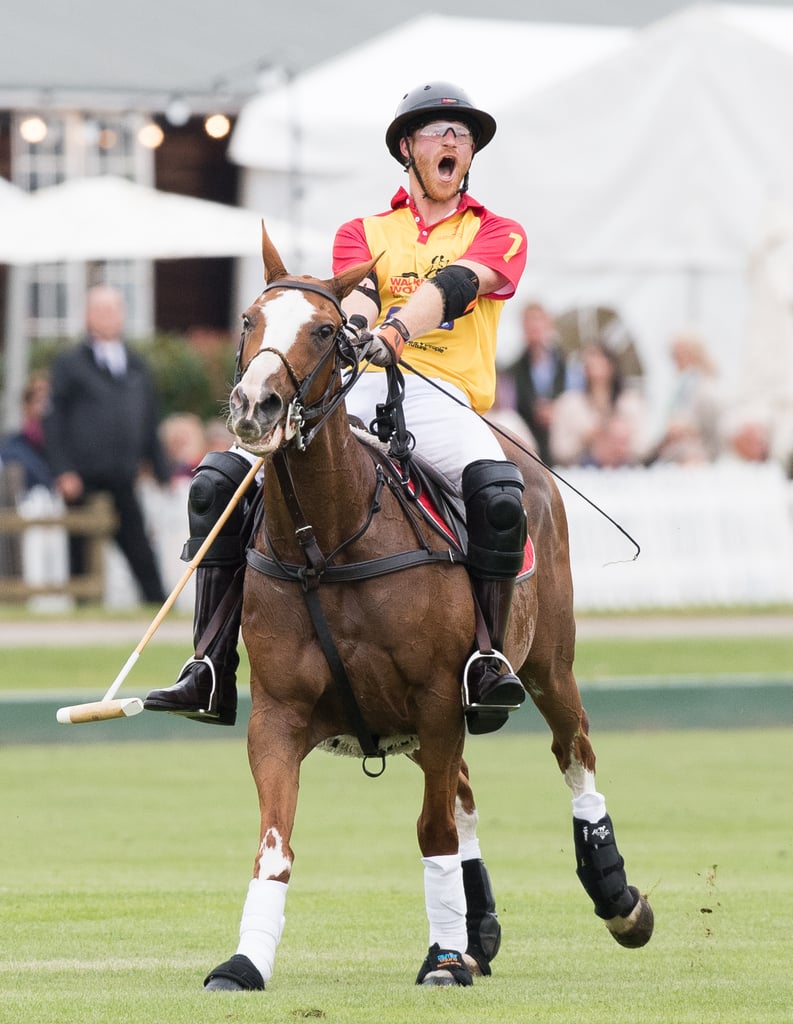 Prince William and Prince Harry appeared to have a blast at the Jerudong Park Trophy Final at the Cirencester Park Polo Club on Saturday. The brothers squared off during a charity polo match and got adorably animated as they horsed around on and off the field. To make matters even cuter, Harry could barely hide his excitement when he was honoured with the most valuable player award after the match. The annual event raised money for various charities, including The Household Cavalry Foundation, Walking With the Wounded, and Centrepoint (of which William is a patron).

Related:
Over 50 of William and Harry's Best Brotherly Moments

The following day, William stepped out in style with the Duchess of Cambridge at Wimbledon. The two shared a rare PDA moment in the stands as Kate removed a speck from her husband's cheek while watching Roger Federer take on Marin Cilic. While the outing certainly doesn't compare to the family's recent arrival in Poland, it has definitely earned them a spot on our list of sweetest PDA moments of 2017.