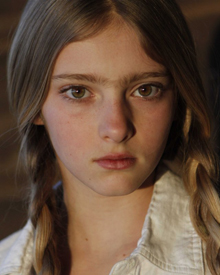 Ready for more Hunger Games casting news? Newcomer Willow Shields will play Prim Everdeen, Katniss's little sister. Prim, also known as Primrose, has a significant role in the stories, since she's the original person selected to compete in the Hunger Games, but is saved from entering when her sister Katniss takes her place.

I like that the casting of the movie is keeping me guessing — while there are some well-known actors like Jennifer Lawrence as Katniss and Elizabeth Banks as Effie, plenty of unknowns like Shields are being added too. To boot, more tributes have also been cast — Leven Rambin and Jack Quaid will play Glimmer and Marvel.