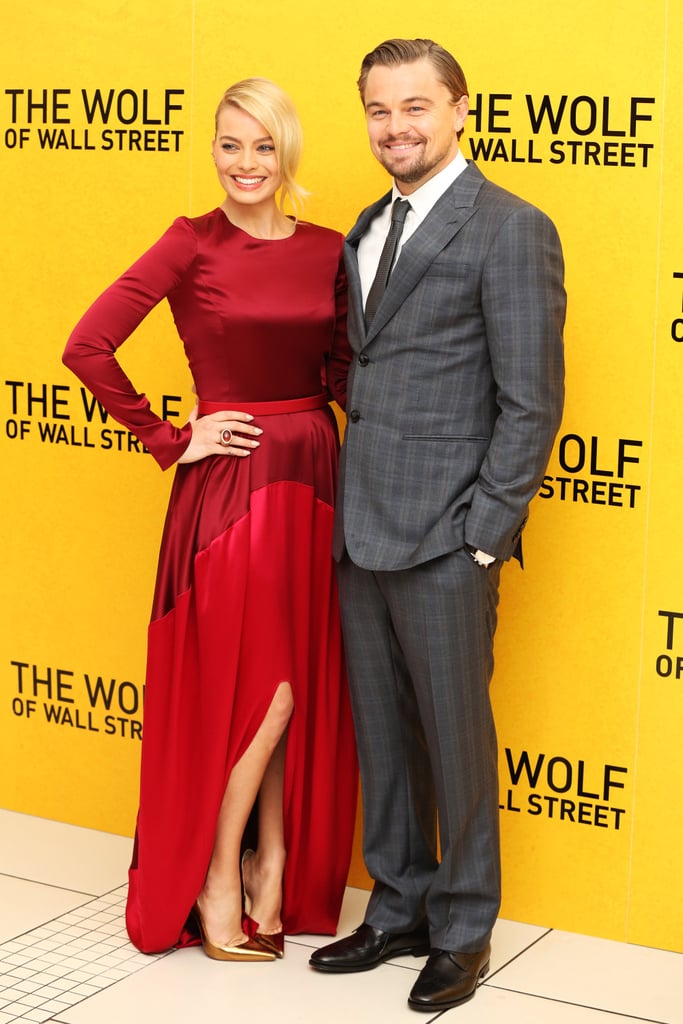 Leonardo DiCaprio looked like he was in a good mood when he attended the UK premiere of The Wolf of Wall Street in London on Thursday. The handsome star was joined at the event by his costars Jonah Hill and Margot Robbie, and all three shared a giggle while posing for photographers. While Leo is normally composed while doing red carpets, his cheerful mood should come as no surprise to Margot, who recently told us that she didn't expect Leo to be so funny and animated when she first met him.

The cast's time in London won't be too long, as they are expected to make an appearance at Sunday night's Golden Globes, where Leo is up for the best actor in a comedy or musical award. The flick as a whole has also earned a nod in the best comedy or musical film category.