We all know that Benedict Cumberbatch has very dedicated fans, but sometimes the more overeager of the self-proclaimed "Cumberbitches" can make things a bit awkward for the star. Benedict joined the cast of his new film, The Imitation Game, in Toronto to screen the Alan Turing-centred flick and take part in a Q&A. Unfortunately, while at the Q&A, things got a little weird when one female fan asked Benedict point blank if she could "feast on [his] yumminess." According to one account, the woman opened her question by telling Benedict that he is "quite yummy" and then attempted to ask what part of Turing's life he identified with and also, in keeping with "the theme of the film" about celebrating being different, if she could taste the aforementioned "yumminess." Naturally, the crowd broke out into a mix of horror and laughter, with Benedict's costar Keira Knightley looking particularly amused and shocked. However, Benedict attempted to keep things professional, and gave a flustered answer to her "question:"

"I'll answer the first part of your question, which is . . . Christ. Sorry, I'm taken. I did not go into this Q&A about a gay icon who killed himself at 41 thinking I'd have to answer questions from someone who wants to taste my deliciousness."

Benedict then went on to say that he was able to identify with Turing's sensitivity since he was neither "a math genius, hero, or a gay icon." (You can watch the full, cringe-y scene above.) If you're impressed by Benedict's ability to handle such an inappropriate question, keep in mind that he is often asked weird questions by female fans at these events. 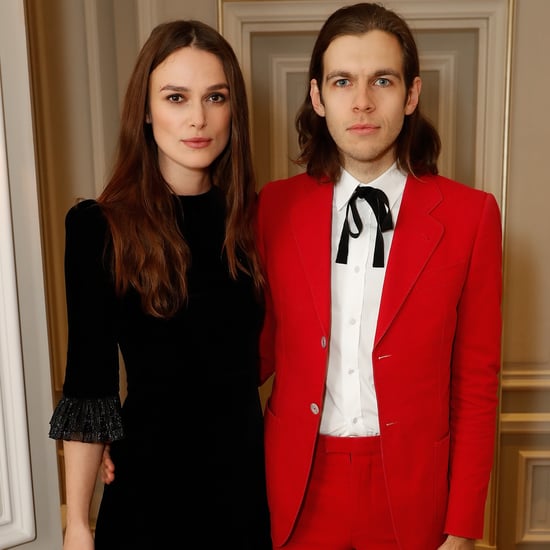 British Celebrities
Keira Knightley Is Officially a Mother of 2! Here's What We Know About Her Daughters
by Murphy Moroney 24/10/19