In the trailer for World War Z, Brad Pitt is regular guy Gerry who's just trying to get through a traffic jam with a game of 20 Questions with his wife and daughters. His sweet family moment is rudely interrupted, however, by a massive zombie attack, and the preview only intensifies from there. Though the zombies in World War Z aren't the funny, sorta-sweet kind we see in the Warm Bodies trailer, they're also not the sluggish undead we've come to know on The Walking Dead. To clarify: these suckers can run. 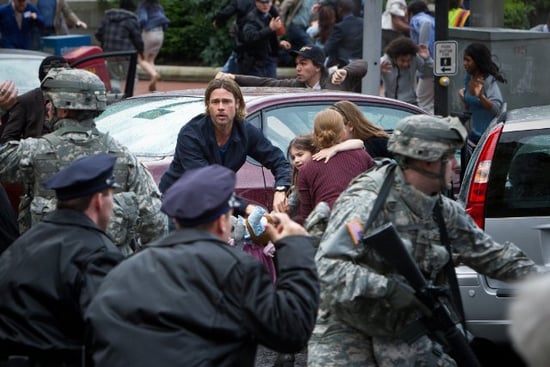 I was pleasantly surprised to see that Gerry's position as a family man appears to be the heart of the film, rather than just another plot about a guy kickin' zombie butt. More than anything else, I'm excited about seeing Pitt as the action hero, which is a role we aren't treated to all that often. World War Z won't be released until next Summer, but get your first peek when you read more.