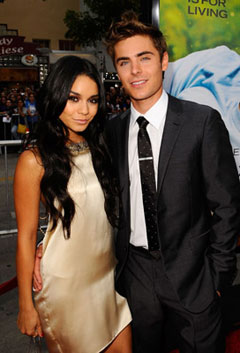 Zac Efron and Vanessa Hudgens met around five years ago on the set of High School Musical, and they've been one of Hollywood's hottest young couples ever since. The fairy tale may be over, though, as they're rumoured to have parted ways recently. There's no confirmation yet from either of their reps, but Zac and Vanessa haven't been spotted together in public much recently. They enjoyed a Hawaiian getaway in August, and also spent time together over Thanksgiving. She gushed about his hot beard in September, and he's been away in New Orleans working on The Lucky One. We're waiting for official word, but tell us what you think — would you be surprised if Zac and Vanessa broke up?