All I can say is: hell yeah! The X-Men: First Class trailer is finally here, and it's out to show all of the comic book films exactly how it's done. The prequel to the X-Men franchise follows the early days of Professor X (James McAvoy) and Magneto (Michael Fassbender) as they learn how to channel their powers (and before their abilities cause a rift between them). But they're obviously not alone in their fight; the preview also highlights a young Mystique (Jennifer Lawrence), Beast (Nicholas Hoult), and Emma Frost (January Jones), along with the rest of the esteemed cast. 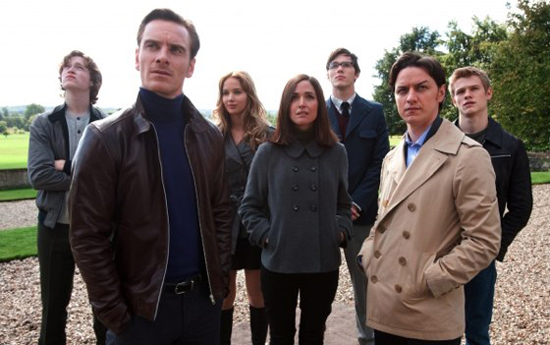 This trailer is everything a good trailer should be: suspenseful, sexy, and most importantly, it leaves me craving more. As much as I love the other X-Men movies, it's exciting to see a set of fresh faces taking on the mutants we've come to love (or love to hate). The movie hits on June 3, but take a look after the jump.