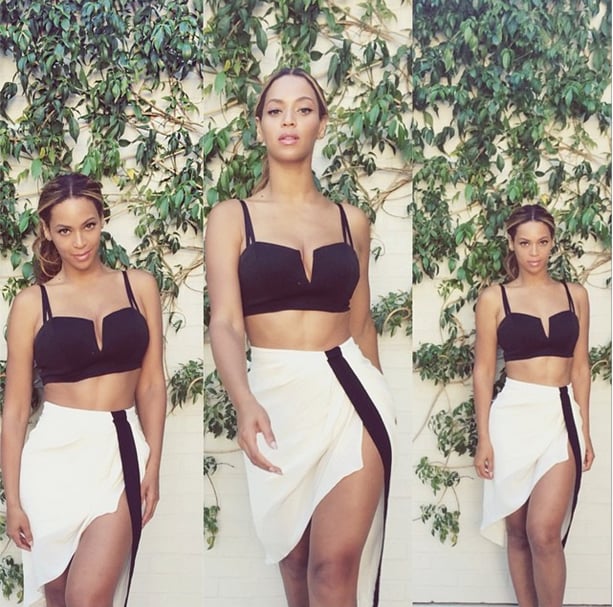 While Beyoncé and Gwyneth Paltrow haven't been spotted hanging out in quite some time, the two A-listers are still on good terms. Bey reportedly dropped by Gwyneth's Brentwood pad last week ahead of her weekend shows in LA for her On the Run tour. The singer shared a slew of snaps of herself posing in black and white outfits around Gwyneth's home, including one shot of herself lounging elegantly on a chaise. Despite visiting Gwyneth's home, the actress was not spotted at either of the two On the Run shows in LA over the weekend. This might be because Gwyneth is spending her Summer in the Hamptons with her children, which she typically does during the warmer months. (Jay and Bey were also spotted hanging out in the Hamptons earlier this Summer during a break from their tour.)

Beyoncé's visit at Gwyneth's home came just as she and Jay were being targeted with marriage trouble rumors. The two reportedly have been spending their nights separately while on tour, including when they made their stop in LA. Despite all the talk of trouble, Bey and Jay have been showing nothing but love for one another during their tour, and the singer has been sharing sweet snaps of her family throughout all the drama. Gwyneth herself knows something about marriage troubles, as she recently "consciously uncoupled" from her husband, Chris Martin.