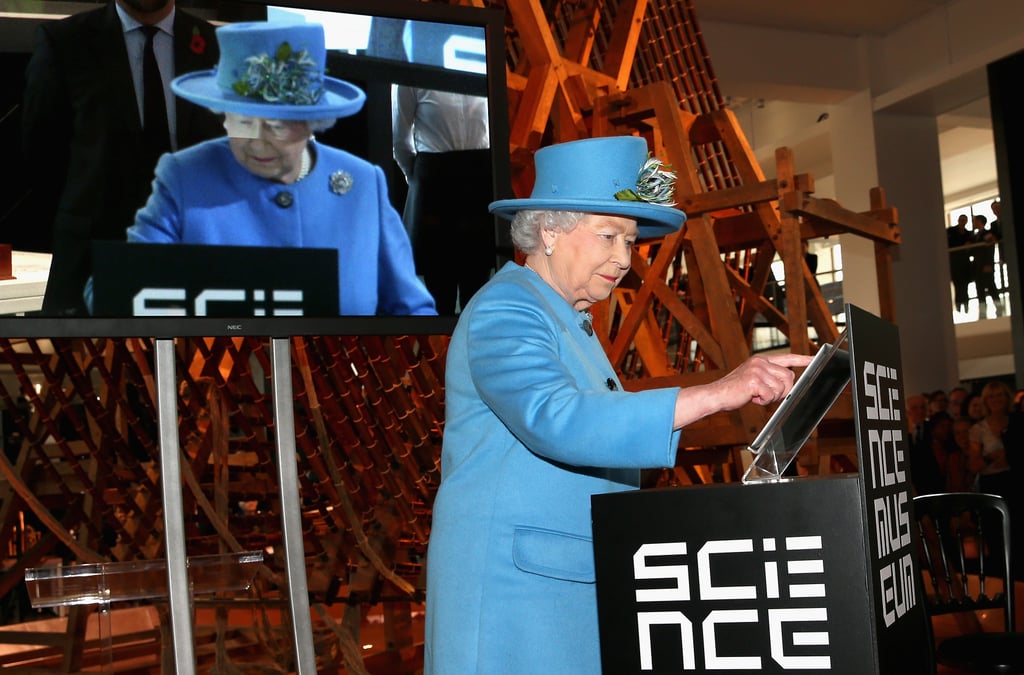 Queen Elizabeth II has joined the social media revolution. The monarch sent out her first official tweet on Friday from the royal family's official Twitter account, @BritishMonarchy. Naturally, this wasn't just a whim on the queen's part as she did it while opening a new exhibition on the Information Age at the Science Museum. The queen wrote, "It is a pleasure to open the Information Age exhibition today at the @ScienceMuseum and I hope people will enjoy visiting. Elizabeth R."

It is a pleasure to open the Information Age exhibition today at the @ScienceMuseum and I hope people will enjoy visiting. Elizabeth R.

The tweet was confirmed to be the real deal when the British Monarchy handle began sharing photos of the queen tapping away on an iPad. However, as some keen observers noted, while Elizabeth was seen writing on an iPad, her tweet apparently showed up as coming from an iPhone.

Rumbled! @arob_87: if the queen sent a tweet how come the photo is of an iPad yet the tweet was sent from iPhone? http://t.co/Pe2POFXNZR

Either way, the queen's tweet is hardly the royal family's first foray into social media over the past few months. Her tweet officially trumps Prince Harry, who previously held the title of the highest-ranking royal to tweet when he launched the Invictus Games in May. The queen's son, Prince Andrew, already has his own official Twitter account and became the first royal to take a selfie back in April. He was followed in July by Harry and Prince William, who took selfies in Buckingham Palace while promoting the queen's Young Leaders Awards. And who could forget the rash of royal photobombs that the queen started over the Summer? Now all we need is for the Duchess of Cambridge to join us in the social media age.

Aside from Prince Andrew, the royal family does not have their own personal social media accounts, but they do have official presences on Facebook, Twitter, YouTube, and even Instagram, all of which are maintained and updated by their staff.

The Royals
Here's Why Queen Elizabeth Went by "Lilibet" in Her Youth, and Why She Likely Doesn't Today
by Karenna Meredith 5 days ago

The Royals
She's Here! Meghan Markle and Prince Harry Have Welcomed Their Baby Girl
by Monica Sisavat 5 days ago