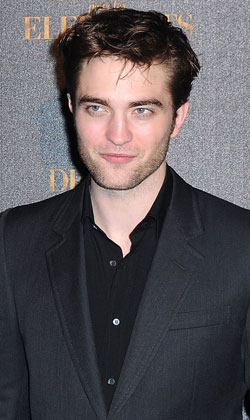 Robert Pattinson became a worldwide celebrity with success in the Twilight saga as Edward Cullen, but he's managed to fit other projects into his packed schedule too. He's tackled a modern, anguished role in Remember Me and also took a surrealist turn as Salvador Dali in Little Ashes. Robert also showed his stuff in the period piece Water For Elephants, as well as in the forthcoming Bel Ami. He's currently working on David Cronenberg's Cosmopolis, portraying an elite playboy who's driven around Manhattan for an entire day on a modern odyssey to find the perfect haircut. Rob spends the majority of the film seated in the backseat of a limo while events unfold around him. We got a first look of Robert Pattinson in Cosmopolis today, and now we're curious as to what you make of his next role. So, tell us — are you excited to see Rob in Cosmopolis?