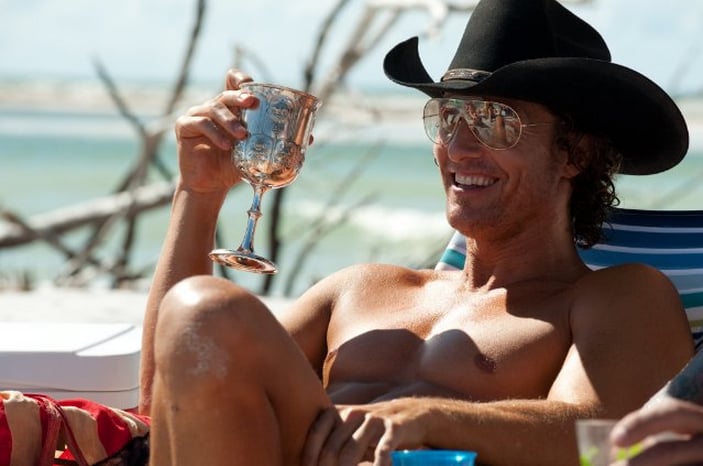 It looks like Dallas has officially retired his leather chaps. Magic Mike XXL director Greg Jacobs confirmed reports that Matthew McConaughey won't be reprising his role of Dallas in the upcoming Magic Mike sequel. While returning cast member Gabriel Iglesias had hinted in a recent interview that the Oscar winner would not be returning, fans were still holding out hope that McConaughey could be swayed to join back in. However, Matt Bomer, Joe Manganiello, and, of course, Channing Tatum will all be returning for the sequel. (If you can't wait to see Manganiello's rippling muscles in the film, you can check out the peeks he's been giving of his pre-Magic Mike XXL workout routine on Twitter.) On the bright side, with Matthew out, there is an open spot on the stripper stage, which Channing has hinted might be filled by someone like Zac Efron or Chris Pratt.