In Your Sister's Sister, Mark Duplass (of The League and our comedy dreams) stars as Jack, a guy coping with the recent loss of his brother. After making a scene at a memorial party, Jack goes up to his best friend Iris's (Emily Blunt) family cabin in Puget Sound. Instead of solitude, he finds Iris's sister Hannah (Rosemarie DeWitt), who is dealing with a severed relationship of her own. Their two-person drinking party ends up between the sheets, and when Iris arrives the next day, Hannah and Jack must find the best way to deal with the fallout of their drunken encounter — and Iris's secret feelings for Jack. 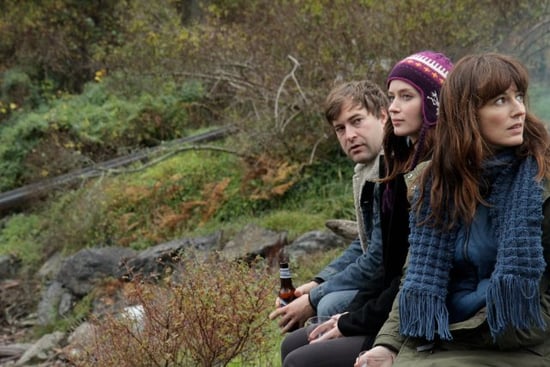 I love Duplass, and he has great chemistry here with Blunt and DeWitt. It's an intimate film with a small cast, but after viewing the low-key, earnest trailer, it's no wonder the flick has been earning critical praise. It's already been showcased at the Toronto Film Festival and Sundance, but Your Sister's Sister doesn't hit theaters until June 15. Until then, you can watch the trailer when you read more.