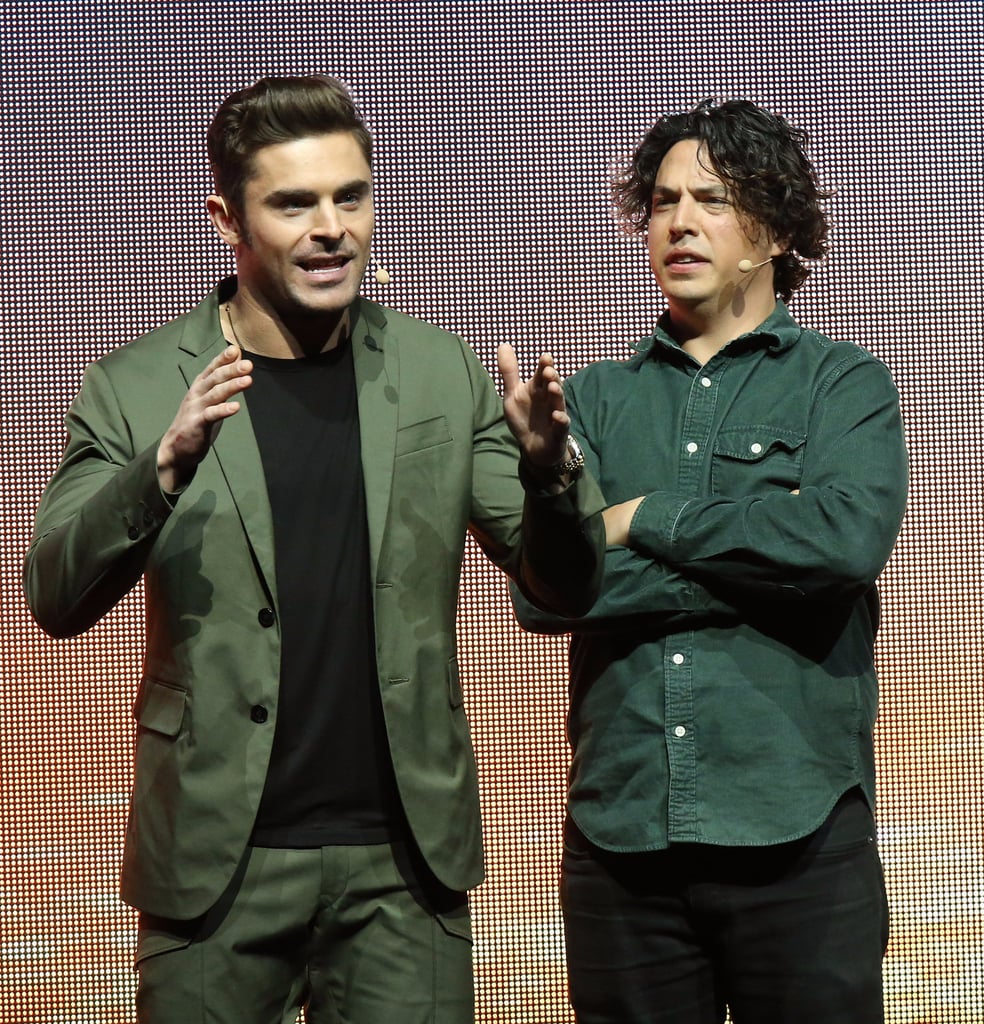 Zac Efron Looks Like a Motivational Speaker in These Photos, and We Can't Stop Laughing

Zac Efron attended CinemaCon at Caesars Palace in Las Vegas on Tuesday to promote his new movie Baywatch. While we loved seeing him reunite with the ridiculously good-looking cast, we couldn't help but be totally focused on Zac in each and every photo. As the group spoke on stage about their film, the actor hilariously looked more like a motivational speaker than a Hollywood star. In addition to talking animatedly with his hands, Zac also worked the stage and put his hands up in the air in a sort of victory move. We're sure everyone in attendance was focused on the film, which is bound to be the hit of the Summer, but we can't help but hear things like, "You can do it! Say 'YES' to your life! It's time to start living RIGHT NOW." Andddd now we can't stop laughing.