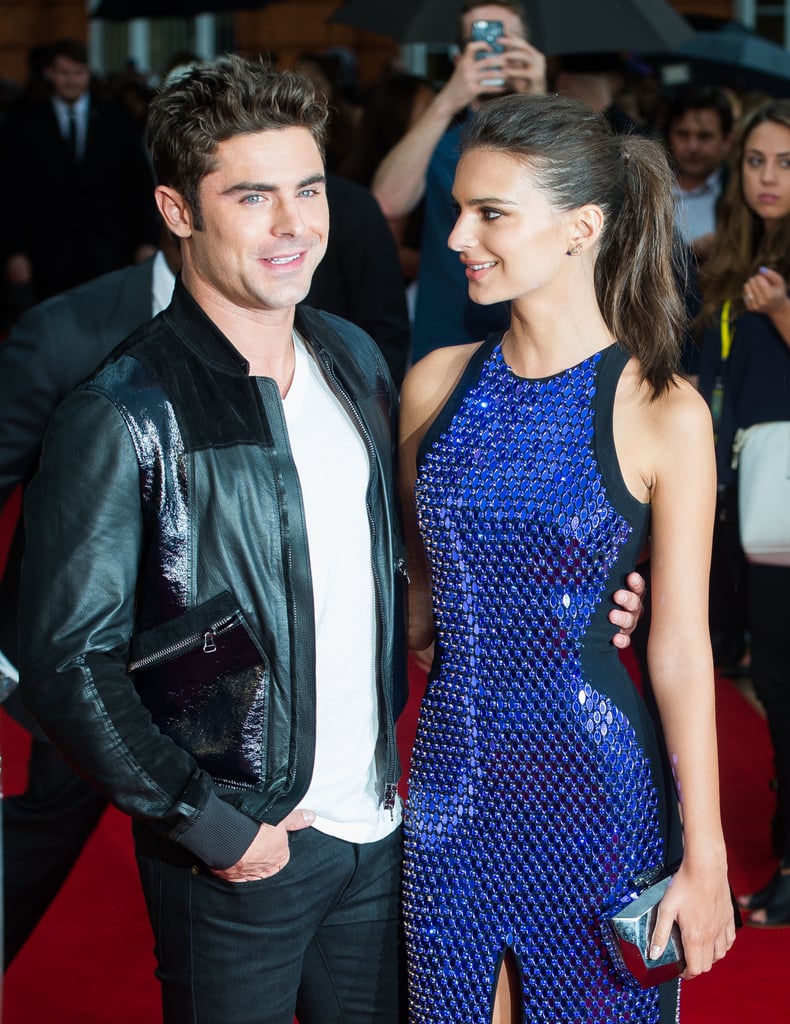 Zac Efron, his biceps, and his costar Emily Ratajkowski hit London on Tuesday to promote their new film, We Are Your Friends, which hits cinemas on 27 Aug. The two pulled double-duty promotional stops — first at a photocall and later at the premiere — and the hotness levels were almost overwhelming. It's been quite a while since we've seen Zac Efron on the red carpet; he's been in Hawaii for a few months filming Mike and Dave Need Wedding Dates. Don't worry, though, because he managed to squeeze in a sweet weekend with girlfriend Sami Miró, quality time with his hot younger brother, and plenty of shirtless fun. Keep reading to see Zac's post-Hawaii press trip.