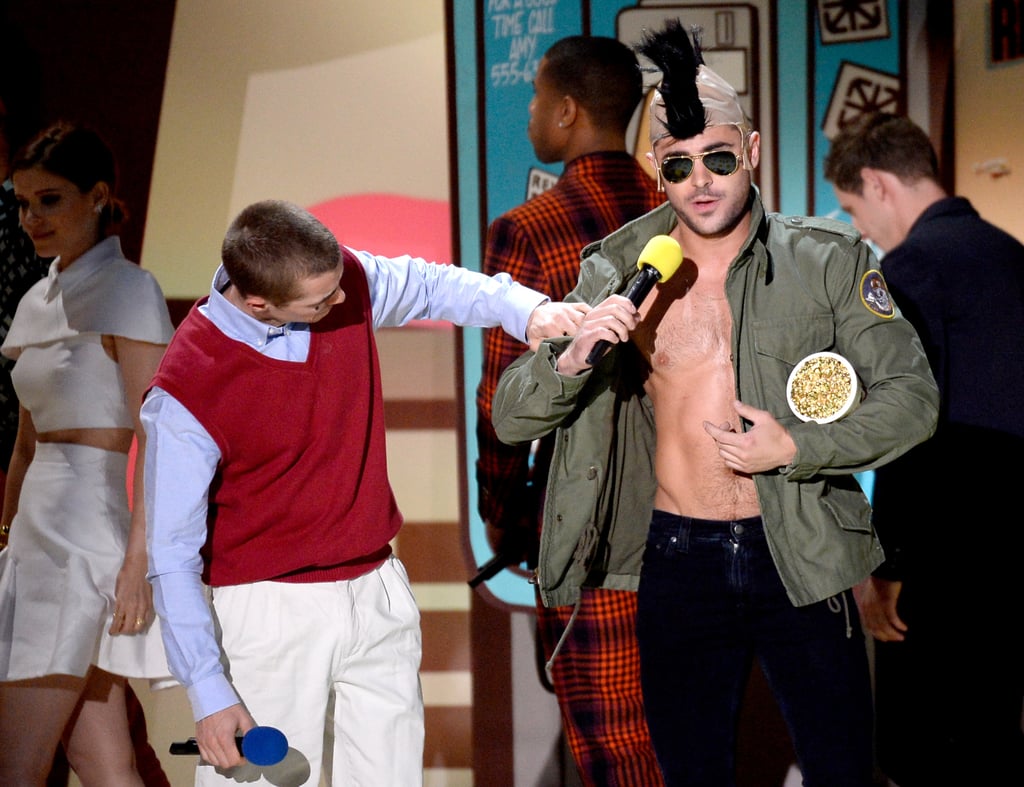 OK, so it wasn't quite as gratuitous as his sexy shirtless appearance at the 2014 MTV Movie Awards, but he still showed a little skin! Zac Efron took the stage in LA on Sunday night with his Bad Neighbours costar Dave Franco to accept the award for best duo, and because they were in character, Zac wore an open military jacket with nothing underneath. That's right, with a little help from Dave, we got a glimpse of Zac's tan abs and chest. Even though he's had plenty of hotter shirtless moments, we'll take it.