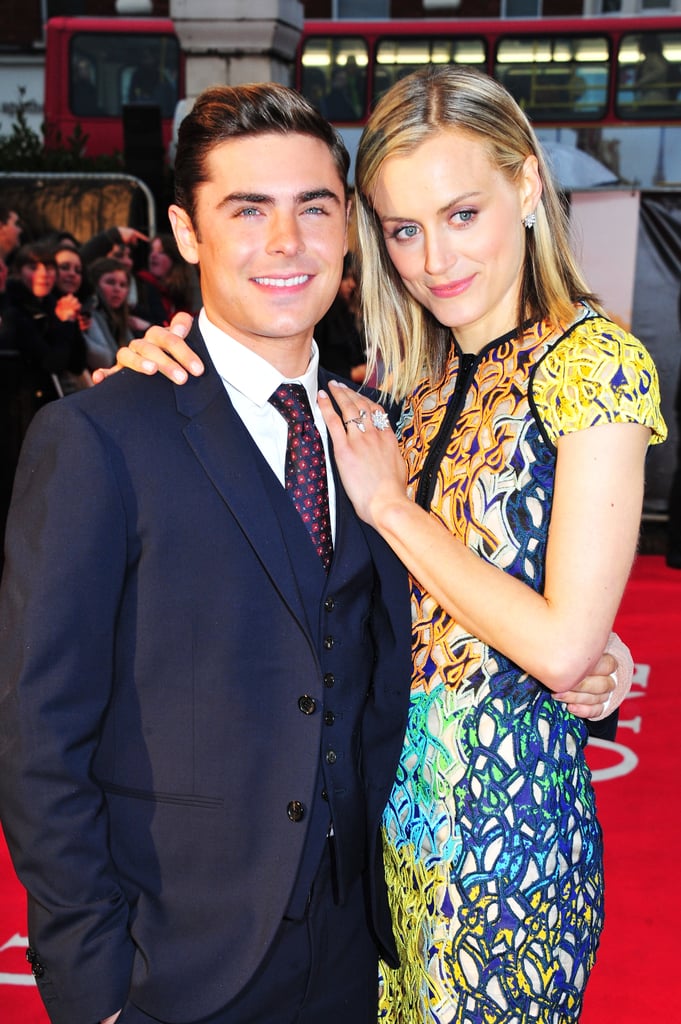 Zac Efron and his The Lucky One love interest Taylor Schilling were in London today for the European premiere of the Nicholas Sparks movie. Taylor wore a bright Peter Pilotto dress and peek-a-boo Rupert Sanderson heels for the occasion, while Zac dressed up in a sharp suit but appeared to be nursing a hand injury, with a bandage wrapped around one of his palms. Zac and Taylor's film hit theaters in the USA this weekend and made a strong showing at the box office, taking the second-place position. In the lead, though, was the romantic comedy Think Like a Man. The two love-themed films combined to finally knock The Hunger Games out of the leading spot after a solid month at the top. Some of The Lucky One's ticket-sales success might be due to Zac's work promoting the film in recent weeks. He graces the new cover of Men's Health and made several TV appearances, including a comical visit to Jimmy Kimmel Live, during which Jimmy put Zac's bra-unhooking skills to the test and got him to reveal his "musical theater geek" side.