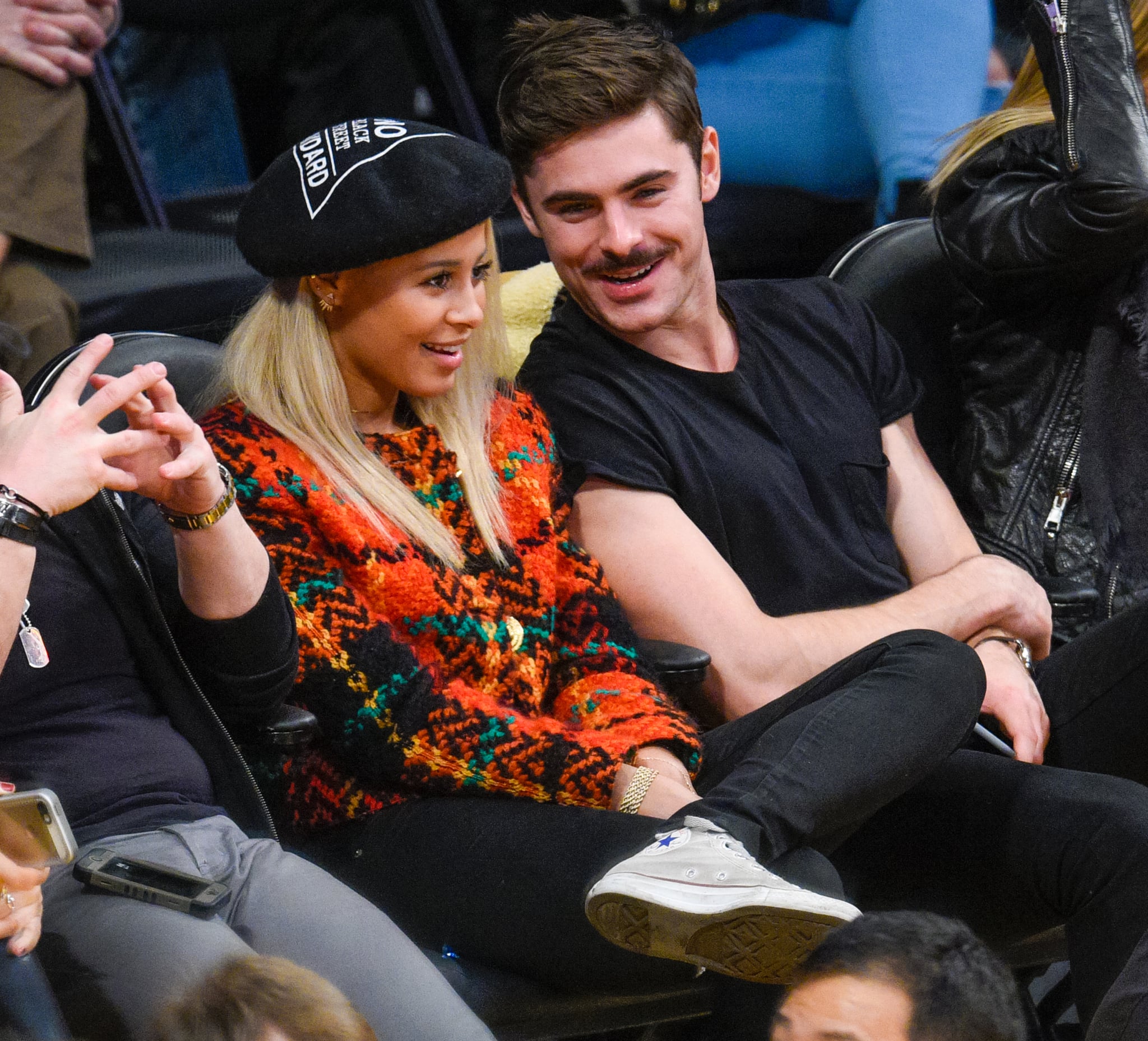 Elle Magazine has a new interview with Sami Miró, and in it she's finally opening up about her relationship with the one and only Zac Efron. Sami and Zac have actually been together for a while now — they were first spotted holding hands on Halloween in 2014. Since then, they've been spotted out and about together, sometimes in the company of an adorable black puppy. Keep reading to get the latest details about their relationship, straight from Sami herself.

On having a superfamous boyfriend: "I've never spoken about us before, but, um, it's definitely different. I think that you have to take that [kind of attention] with a grain of salt, and put yourself in other people's positions. I think that's actually a really big part of it, putting yourself in their shoes, and trying to understand where they're coming from, and then it kinds of makes sense."

On how Zac's fame affects her online presence: "I'm not trying to hide anything in my life. If I was dating someone who wasn't in the limelight, I might have more photos on [Instagram] of our relationship, but I do think it's important. I mean, it's what is going on in my life, and I think that my social media can still represent that."

On how her style meshes with Zac's: "I think with Zac — we shop together all the time, and I just naturally like to pick out clothes — our styles have mixed together. I definitely do borrow some cool shirts and jackets of his, too so it works out really well. We kind of coordinate in a way. I think when you . . . hang out . . . you start to appreciate what the other person has to offer and clothing, because we're both really into it, comes out in that way also."