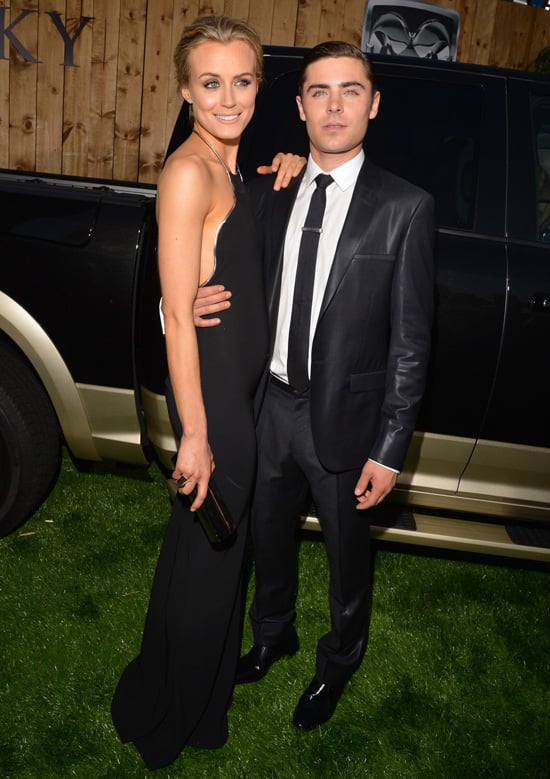 Zac Efron and Taylor Schilling teamed up for the LA premiere of The Lucky One last night at Grauman's Chinese Theatre. They had company on the green carpet from costars Jay R. Ferguson, Riley Thomas Stewart, and Blythe Danner. Even Zac's High School Musical buddy Ashley Tisdale, decked out in a two-toned Naven dress, came out.

Taylor and Zac have been racking up the frequent flier miles promoting their Nicholas Sparks adaptation. They were recently Down Under, promoting the film in Sydney and Melbourne with press events and screenings. The picture is full of the love scenes we've come to expect from big-screen versions of Sparks's books. Zac didn't mind the sex scenes and said at the premiere yesterday, "Everyone builds those scenes up. There is sort of a fear inherent in everyone else so me and Taylor weren't afraid at all."