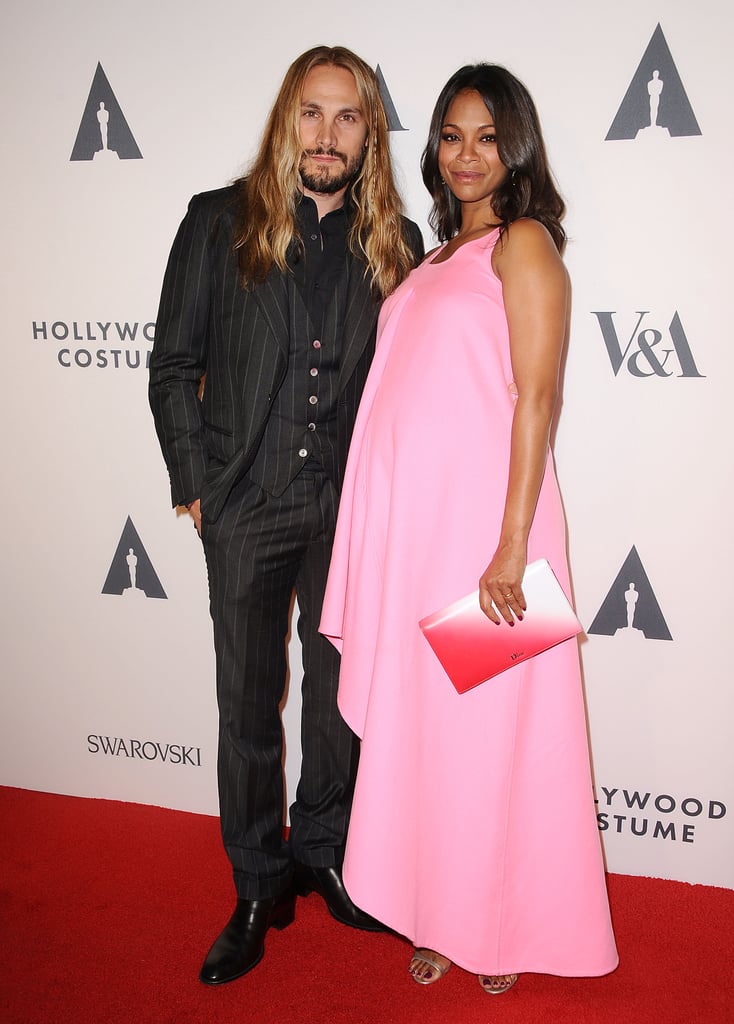 Zoe Saldana confirmed the news that she's having twins when she brought her baby bump to the Academy of Motion Picture Arts and Sciences' Hollywood Costume exhibit in LA on Wednesday night. The actress, who was joined on the red carpet by her artist husband, Marco Perego, let the twin news slip when she was asked if she would be dressing up for Halloween this year. Zoe said, "I might. I might need three costumes. I might have to make some adjustments, but it would be nice." She also joked that she might go as a bride, saying it would be "a shotgun wedding" theme. News of Zoe's pregnancy first surfaced back in July while she was on a promotional tour for her hit Marvel film, Guardians of the Galaxy. At the time, there was speculation that Zoe was expecting twins, but the private actress didn't confirm the news until this month.