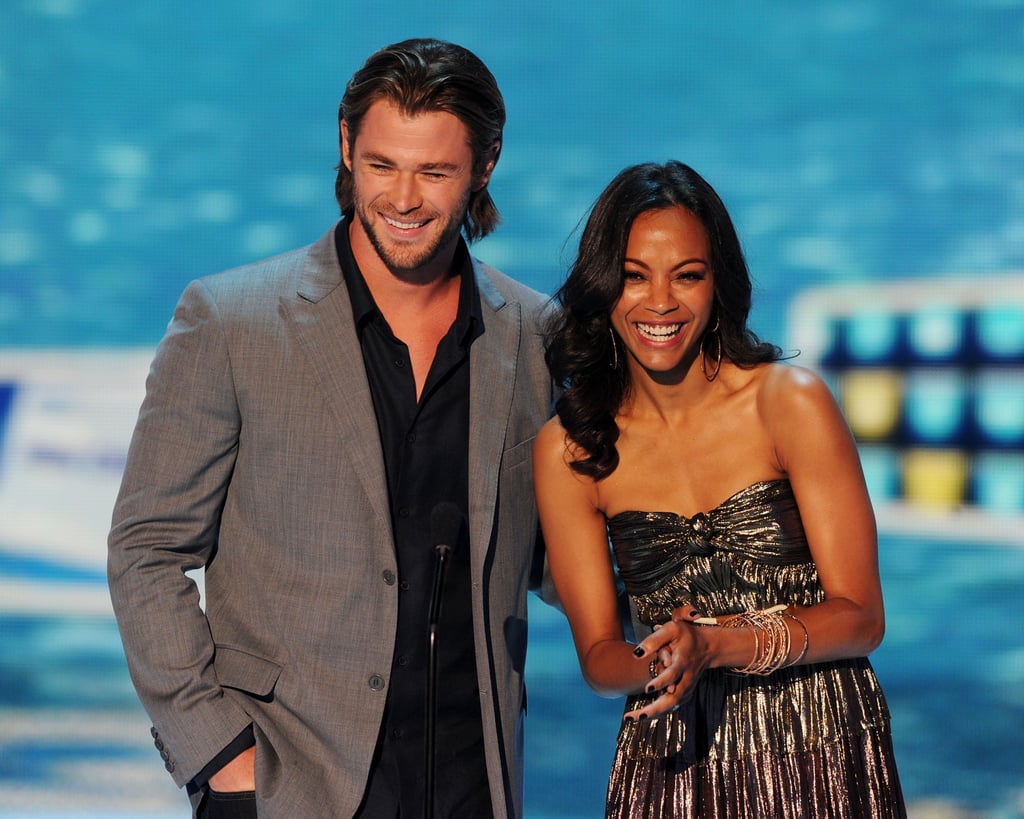 Hot on the heels of her role in Avengers: Infinity War, it recently came to the internet's attention that throughout Zoe Saldana's nearly 20-year acting career, she's starred in movies with all of Hollywood's hottest actors named Chris (those being Pine, Evans, Hemsworth, and Pratt). Yes, really! How lucky, right? We've rounded up cute photos of Zoe with her hunky costars, and listed all the big-budget films she's starred in alongside them.

Award Season
Chloé Zhao Makes Golden Globes History: "This Is Why I Fell in Love With Making Movies"
by Yerin Kim 14 hours ago