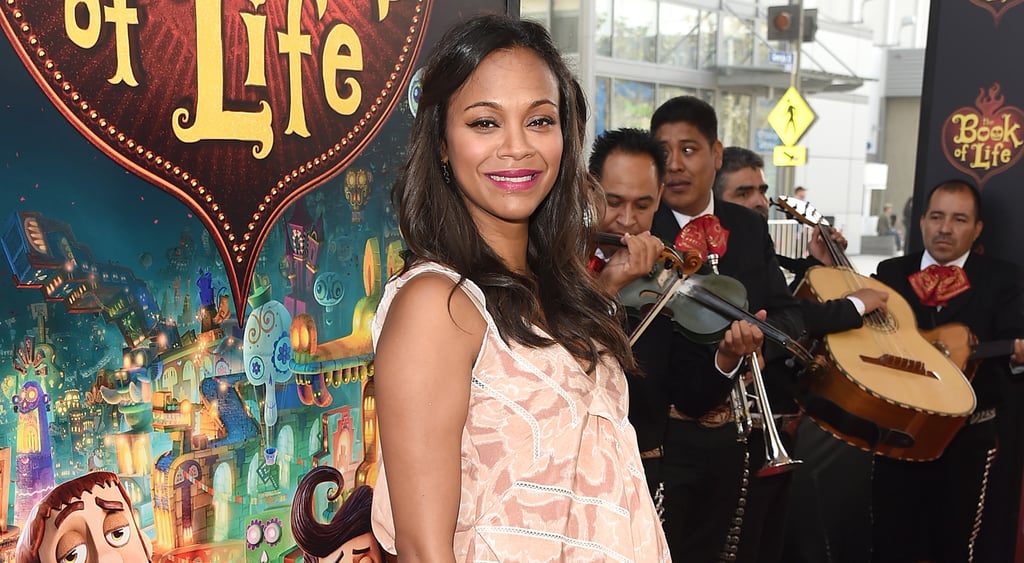 Zoe Saldana and her husband, artist Marco Perego, are reportedly expecting twin boys! Zoe confirmed she's expecting two babies during a red carpet appearance in early October when she joked that she'd need three Halloween costumes in order to dress up this year.

The twins won't be the only new babies in Zoe's family, as her sister Mariel is also expecting. Zoe and Marco quietly tied the knot in London back in June 2013, and the pair showed sweet PDA a few months later during a day out in Venice Beach. In the August issue of Marie Claire, Zoe opened up about her love life, saying, "From the moment I met my husband, we were together. We knew." Congratulations to the couple!