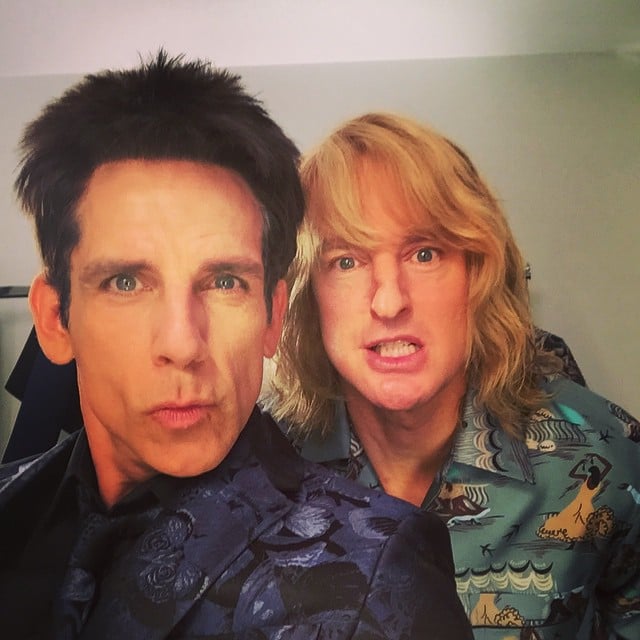 Where's Billy Zane when you need him? Ben Stiller and Owen Wilson showed up at Valentino's Paris Fashion Week show to promote Zoolander 2, which will officially be released on Feb. 12, 2016. The sequel is being written by Stiller and Justin Theroux, who, if you can recall, played the scary DJ in the first movie and cowrote Tropic Thunder with Stiller. Will Ferrell and Christine Taylor will be back, and Penélope Cruz has joined the cast. What better way to kick off the second coming of Zoolander than with some Blue Steel, anyway?