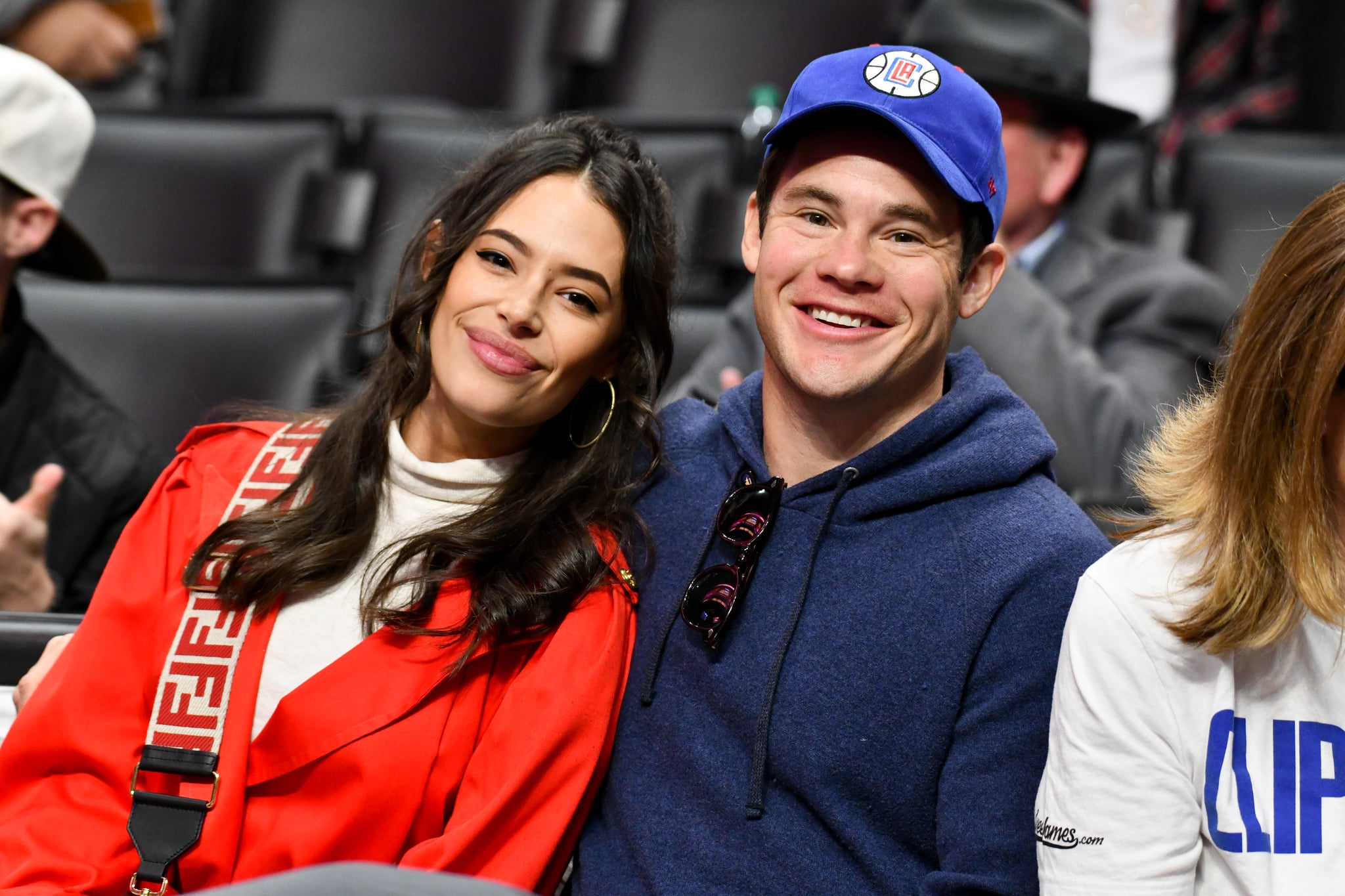 Huge congratulations are in order for Workaholics star Adam Devine and actress Chloe Bridges, who took the big walk down the aisle over the weekend! The Hollywood couple announced their engagement almost two years ago, and now they can officially refer to each other as husband and wife. According to Page Six, the two exchanged vows during a ceremony held in Cabo San Lucas, Mexico, that apparently took a lot to pull off.

"Were we crazy for trying to plan a wedding during a global pandemic??" Bridges wrote in an Instagram post prior to the ceremony. "Probably, yeah, cause many, many things went wrong including but not limited to us both getting breakthrough covid. But we gave it our best shot and it's almost here and it seems like it's actually going to pan out!!" She went on to show off some of her runner-up wedding gown choices that didn't make the cut before teasing her page would be a "very wedding-heavy account for the next two weeks."

Some of the couple's close friends travelled to witness their nuptials, including Devine's Workaholics co-star Erik Griffin, who celebrated the wedding news on Instagram. "Dem Boyz! Devine is off the market!," he wrote in a post featuring photos of him posed with the groom and fellow co-stars Anders Holm and Blake Anderson. "Such an awesome wedding!" Comedian Adam Ray also congratulated the happy couple on getting married this weekend, writing, "All the love. All the laughs🎉 CONGRATS Chloe & Adam," in an Instagram post.

Adam and Chloe met each other on the set of The Final Girls back in 2014, and got engaged in October 2019 after officially dating for four years. "She said yes! Well actually she said "ahh Adam" and then kissed me but I'm pretty sure that means YES!" he wrote on Instagram at the time. "I love Chloe more than anything and I'm so excited to spend the rest of my life with her amazing self. You are my best friend and I'm thrilled you want to get old and wrinkly with me!" The couple hasn't shared any wedding photos on their personal pages just yet, but we can't wait to get a glimpse at their beautiful ceremony.