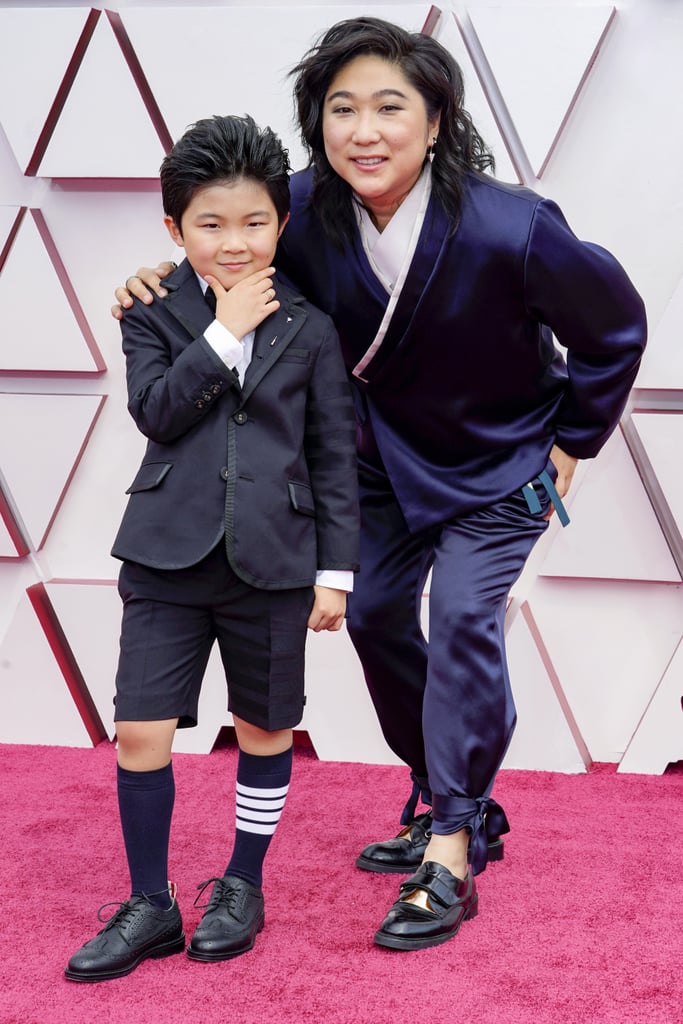 Alan Kim is having the cutest night at the Oscars, hands down. On Sunday, the 9-year-old Minari star showed up to the ceremony looking dapper in tuxedo shorts and knee-high socks. Alan, who was accompanied by producer Christina Oh, appeared to be having the most fun on the red carpet as he did a little dance and struck his best poses for the cameras.

Alan rang in his ninth birthday on Friday, and in an interview with E! News, he revealed some of his favourite gifts that he received. "I got a FitBit for kids, a new bike obviously, a new iPad mini 5, and that was really cool," he said. Alan also took home the Critics' Choice Award for best young performer at the ceremony last month, so clearly he has plenty of reasons to celebrate. On top of that, Minari is nominated in major categories like best picture and best original screenplay. See more of Alan's adorable night ahead.