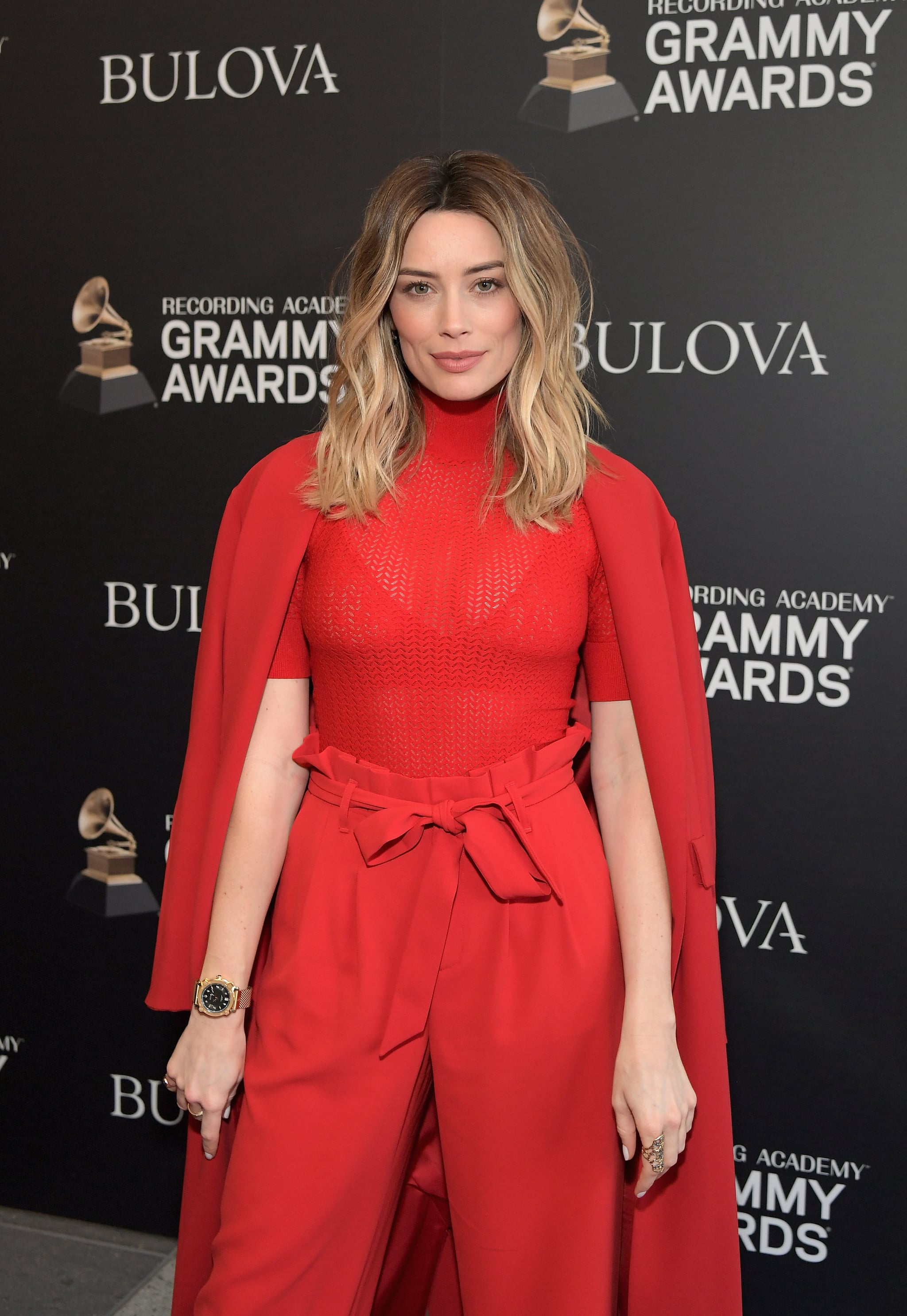 If you're one of Arielle Vandenberg's 1.3 million Instagram followers, you already know that she's a delight to follow and is an expert at creating funny videos. You might also enjoy listening to her podcast, The Only Child, or watching her host Love Island. But what you might not know is that years of hard work and persevering through countless auditions and rejections led her to where she is today.

The 33-year-old spoke on a panel entitled "The Industry of Influence" at Create & Cultivate's recent conference in San Francisco alongside other big names in the social media space, including the Skinny Confidential's Lauryn Bosstick and Megan Roup, creator of the Sculpt Society. After catching up with her backstage, I learned that Arielle is not only just as friendly, charismatic, and gorgeous IRL as she seems on Instagram, but she also has a lot to say about what being an "influencer" is really like and that it's never too late to start something you're passionate about.

P.S. — she reads her DMs and positive comments make her day.

POPSUGAR: From Vine to Instagram and YouTube to your first podcast, and of course, onscreen jobs, you've been cultivating an online career for a long time. Where do you see the whole influencer market going, especially since it's more saturated than ever?

Arielle Vandenberg: It is so saturated, and for influencers, it's actually very hard. But for businesses and marketing purposes, it's incredible because there's so much content to be created and so many businesses that need that specific person. It's just going to get bigger and better every day. I've done so many commercials ever since I was 16 years old, and there are not that many commercial auditions anymore. It's all influencer — it's all brand content on social media. It's pretty crazy.

If you're good at what you're doing and you believe in it and you're passionate about it, that's truly what will show.

PS: Knowing that, would you tell people that it's too late to try and break into the social media industry?
AV: I would never tell someone it's too late for anything, but it's definitely harder. It's harder to get recognised and noticed because so many people are doing it. But if you're really good at something, that will shine, and that will get recognition no matter how late it is; it doesn't matter. If you're good at what you're doing and you believe in it and you're passionate about it, that's truly what will show and what people will gravitate toward.

PS: What would you say to people who don't realise how much work it takes to build an online presence with a lot of personality? There's got to be more going on behind the scenes than we know.

AV: I didn't know how to direct; I didn't go to school for that. I didn't know how to edit. I truly taught myself a lot of the things that I do and that people see. I didn't know the first thing about Premiere Pro. An easy way to get into what I was doing was iMovie, and then I was like, I need so much more than just iMovie. So I decided, I'm going to teach myself Premiere Pro, which is a whole other thing. I do have an agent, and they do help me get brand deals and all of that. But when it comes to my own content, I'm scheduling people, and getting people in the same room is the hardest part. But I'm so happy I'm doing it now. The hardest part is when you give what you think is a finished product to a brand, and the brand goes, "No." You have to be so specific when you're working with a brand. You have to create what they want to see, and it's like, "Well, you booked me for me, but I get it; it's your brand."

PS: How do you handle negative comments/trolls/naysayers?

AV: There are one-off idiots that write me and are like, "You're not funny," and I'm like, "Cool, have fun today going on with that negativity." But truly, I have the most incredible people following me. It's amazing. But, I experienced it when I first started out.

PS: What's the best part of your job? The worst?

AV: The best part is I get to make my own schedule. I love working for myself. I love being able to create with my fiancé [Arielle and Matt Cutshall recently got engaged]! I love being able to create with him. There are so many times when I'm so frustrated, and I'm like, "Why am I frustrated? I'm at my house on my couch with my fiancé." The worst part is when I think I have the best video ever, and then it tanks [laughs]. I'm like oh this video's gonna crush, and it gets like five likes, and I'm like, "Dammit, I spent so much time on it!"

PS: When you think about younger people growing up in such a social media-focussed world, what excites you about where things are heading?

Celebrity Quotes
Lucy Liu Recalls Standing Up to Bill Murray During On-Set Clash: "I Don't Regret It"
by Victoria Messina 2 days ago