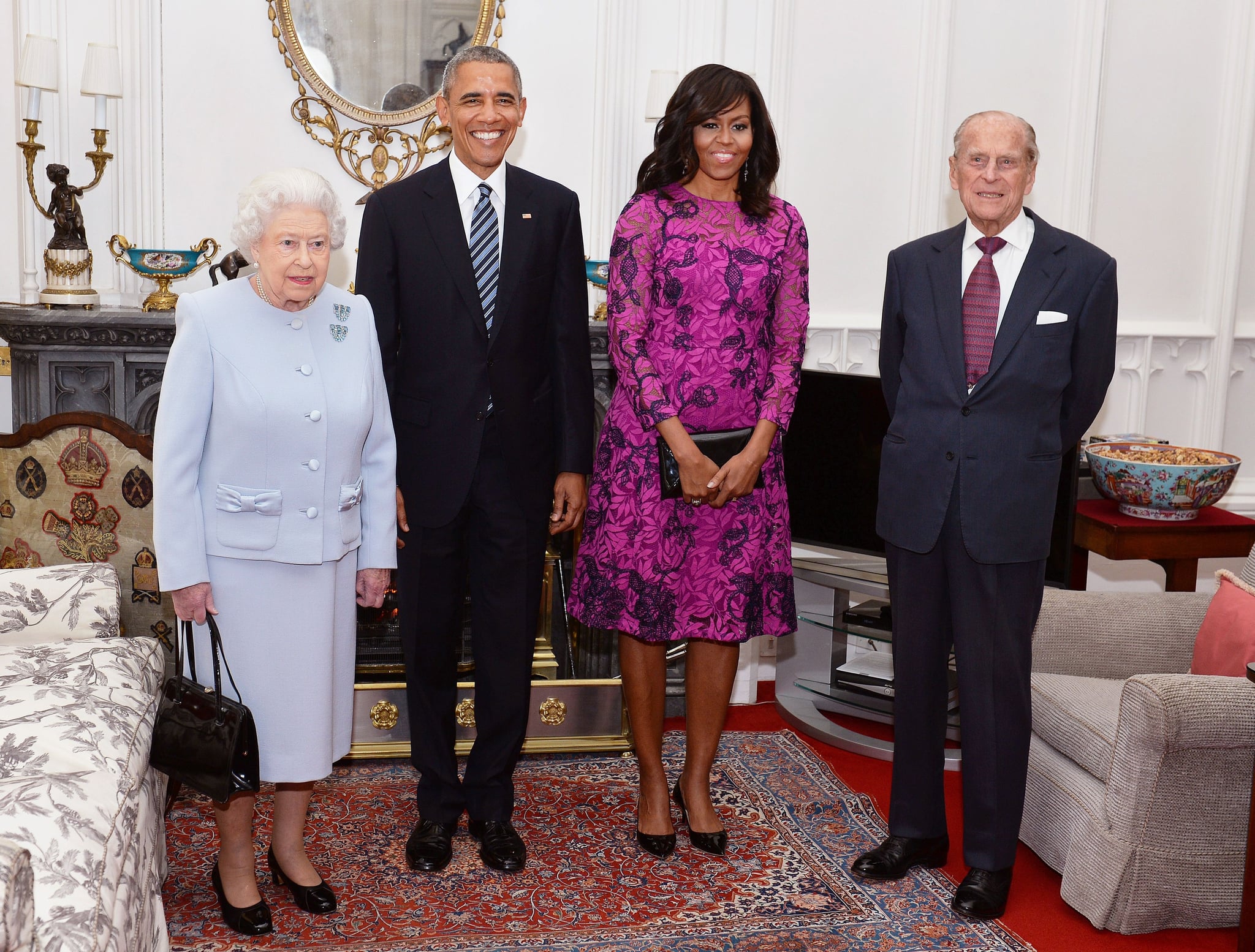 On the morning of April 9, Prince Philip, Duke of Edinburgh died at age 99, The Royal Family confirmed. Former president Barack Obama posted a tribute to the late royal on Instagram just hours after his death was announced, reflecting on his legacy as Queen Elizabeth II's husband and his impact as a British noble for more than half a century. "When we first met His Royal Highness Prince Philip, Duke of Edinburgh, he and Her Majesty Queen Elizabeth II had already been on the world stage for more than half a century — welcoming leaders like Churchill and Kennedy; Mandela and Gorbachev," Obama wrote. "As two Americans unaccustomed to palaces and pomp, we didn't know what to expect."

The former president explained that Queen Elizabeth and Prince Philip were gracious hosts who put them at ease immediately and gave them a sense of comfort. "Prince Philip in particular was kind and warm, with a sharp wit and unfailing good humour," he continued. "It was our first introduction to the man behind the title, and in the years since, our admiration for him has only grown. We will miss him dearly . . . At the Queen's side or trailing the customary two steps behind, Prince Philip showed the world what it meant to be a supportive husband to a powerful woman." Obama went on to list Prince Philip's achievements as a member of the Royal Navy and a combatant in World War II.

"As the world mourns his loss, we send our warmest wishes and deepest sympathies to the Queen, their children, grandchildren, and great-grandchildren; and everyone who knew and loved this remarkable man."