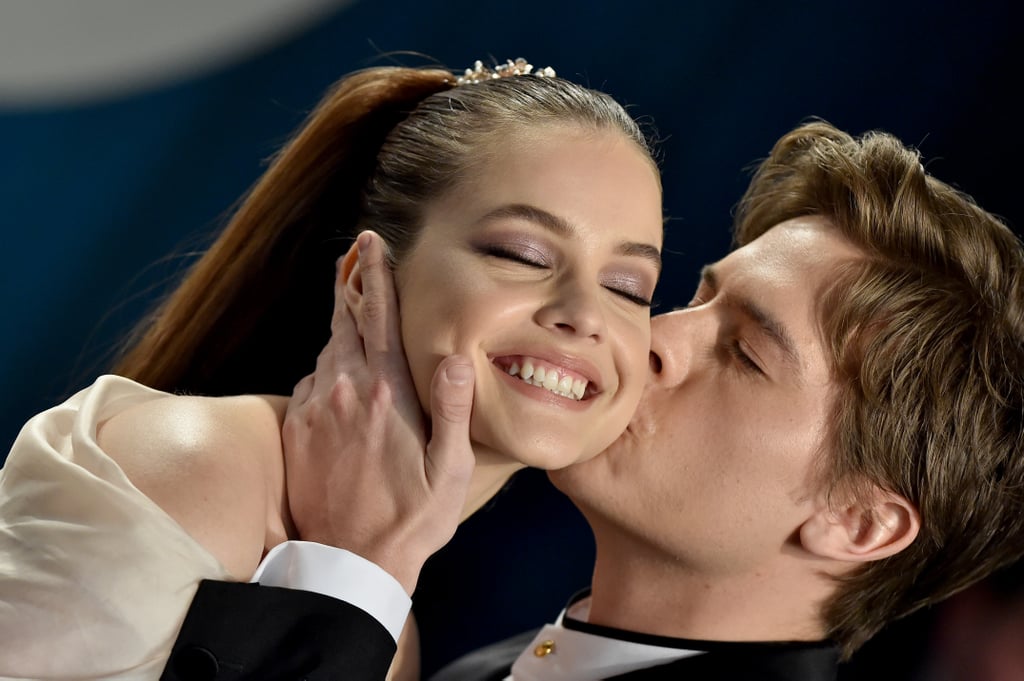 It seems Barbara Palvin and Dylan Sprouse celebrated Valentine's Day a little early this year — and at the Oscars afterparty, no less! The abundantly attractive couple of nearly two years attended Vanity Fair's annual, star-studded event on Sunday with Dylan's twin brother Cole Sprouse, as well as the majority of the Riverdale cast.

Barbara wore a romantic nude dress with a high leg slit, while Dylan essentially looked like her Prince Charming in a blazer featuring several embroidered crowns. Though they served many modelesque poses with smouldering expressions, the couple also cracked up quite a bit as Barbara offered a purposefully corny thumbs-up and Dylan, who was also captured adjusting Barbara's dress at one point, gave her a sweet kiss on the cheek. See all the photos ahead.