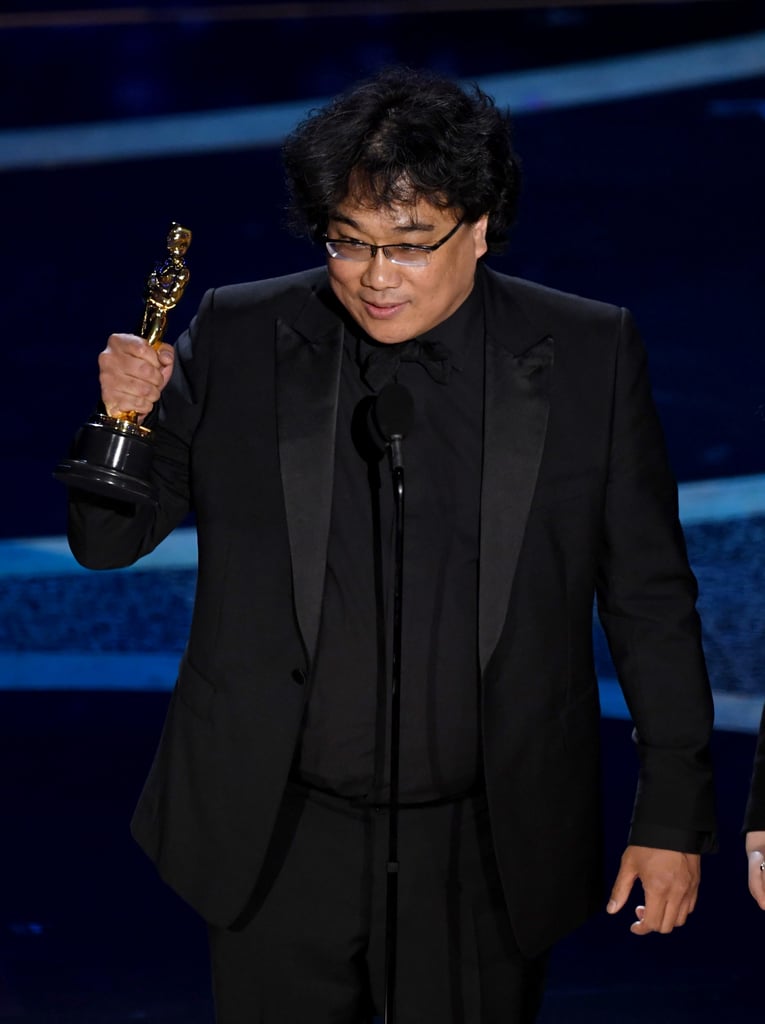 The Most Wholesome, Memeable Bong Joon-Ho Moments at the Oscars

It's director Bong Joon-Ho's world, and we're just living in it. His South Korean film Parasite, a twisty, hilarious, and heartbreaking thriller about capitalism, won big at the 92nd Academy Awards. It picked up four shiny golden statues for best original screenplay, international film, director, and picture. Parasite smashed a few records as well, becoming the first non-English film to win in a writing award, the first South Korean movie to win in the international film award, and of course, the first foreign language film to win for the best picture award. Plus, Bong's the first South Korean winner in the directing category. It's all pretty impressive, given that Bong called the Oscars "very local."

Obviously, he's a genius. But he's also a joy to watch as well. Between his friendship with fellow filmmaker Taika Waititi and his knack for clever quips, Bong has had many sweet, memorable moments this awards season. On Oscar day, the director didn't disappoint when it came to the cute moments either. Ahead, we compiled all of Bong's funniest reactions and wittiest lines at the Oscars.