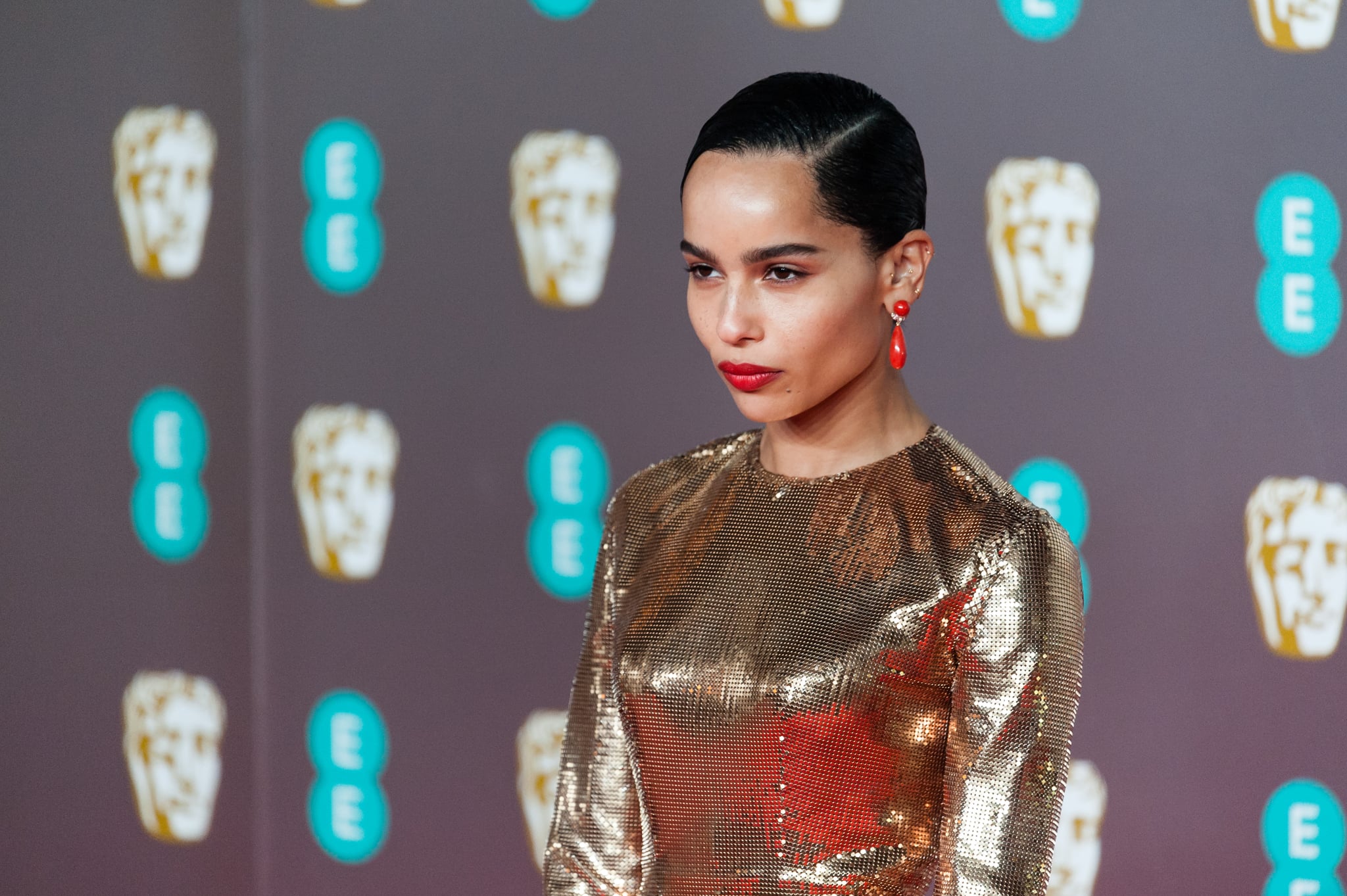 OK, friends, we need to talk. In case you've missed it: Zoë Kravitz has sparked relationship rumours with Jonah Hill, Taylour Paige, and Taylor Swift this year — not because of being spotted on dates or showing PDA, but just for being around each other and on each other's Instagrams. Say it with me, folks: being in the same frame of a picture does not a romance make!

Here's a fun experiment: go scroll through your own Instagram history (preferably pre-2020, because . . . 2020). How many people did you appear in pictures with? How many of them were you dating? Chances are, we've all been in a lot of pictures — yes, even in the carefully curated land of Instagram — with people who are not our significant others and are, in fact, just friends, colleagues, acquaintances, and so on. So why should celebrities be any different?

Celebrity culture has gotten to the point where every aspect of a famous person's life is up for debate and discourse.

The answer isn't that celebrities are different, it's that we as a general public make them different. Celebrity culture has gotten to the point where every aspect of a famous person's life is up for debate and discourse. We form parasocial relationships with our favourite stars, feeling like we "know" them like our friends when, actually, we just "know" what they've chosen to curate as a public image. But because we feel closer to them than we actually are, we become curious about them the same way we are about our actual friends.

Of course, we're not actually friends with these people, which then leads to all this speculation and poring over the most minute details of social media to "solve the mystery" or look for clues. So-called "reality" TV has blurred those lines even further; the Kardashians, for instance, are pretty much the prime examples of stars who deliberately create "storylines" out of their real lives, all for public consumption. For the most part, however, famous people's lives are not storylines in a TV show that can be sleuthed out or foreshadowed. Assuming that an Instagram post with two people in it is somehow a coded hint at a relationship is the perfect example of that "reality" thinking versus reality: in a TV show, that post would be shorthand to make viewers wonder what's up, but in reality, it's . . . just a picture.

That's not to say celebs don't utilise Instagram and other social media in subtle ways to build anticipation for something that's happening with them or their brand. Yes, they might even use Instagram as a casual way to announce a relationship! The cynical approach is to assume that everything posted is somehow part of building a brand and an image, and while that sometimes may be true, there's a line between being realistic about celebrity image-building and treating everything like plot points, so to speak. We're all reasonable people with common sense — we can tell the difference between "this picture is a casual relationship announcement" and "these two people are in the same picture."

Sometimes, a picture is just a picture, and even if it's more than that, we should have enough respect for the stars we follow to let them share announcements about their lives on their own terms, rather than obsessing and speculating over every move they make and every post they share.