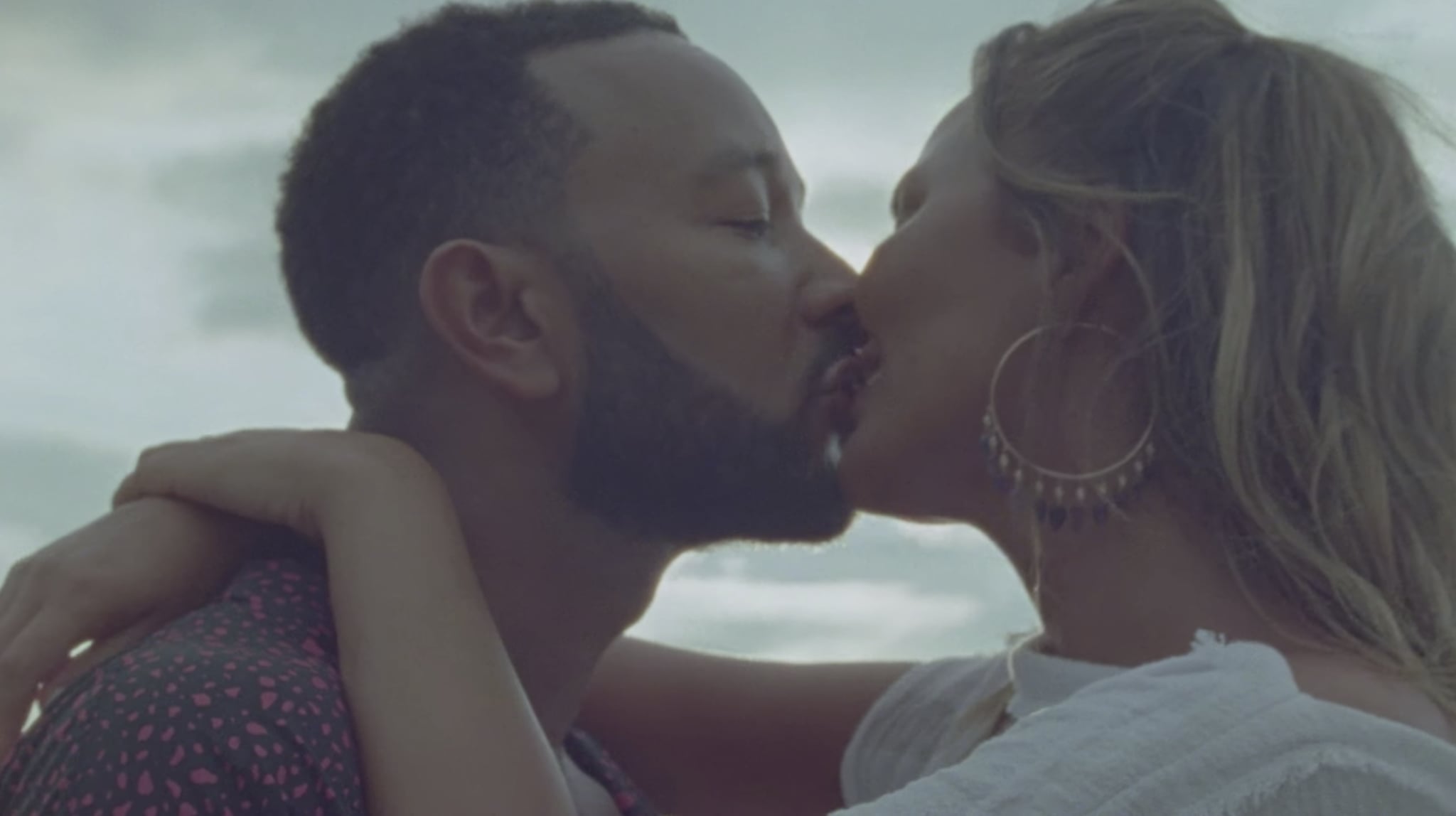 Surprise — Chrissy Teigen and John Legend are expecting their third child together! On Thursday, the couple announced the exciting news through John's "Wild" video. In the visual, we catch glimpses of John and Chrissy riding in a convertible and hanging out on the beach, but just as the video is about to end, the 34-year-old cookbook author gives us a glimpse of her adorable growing belly.

We've been swooning over John and Chrissy's romance ever since they tied the knot in September 2013. Their new bundle of joy will join their two kids, 4-year-old daughter Luna and 2-year-old son Miles. Congrats to John and Chrissy on their growing family!