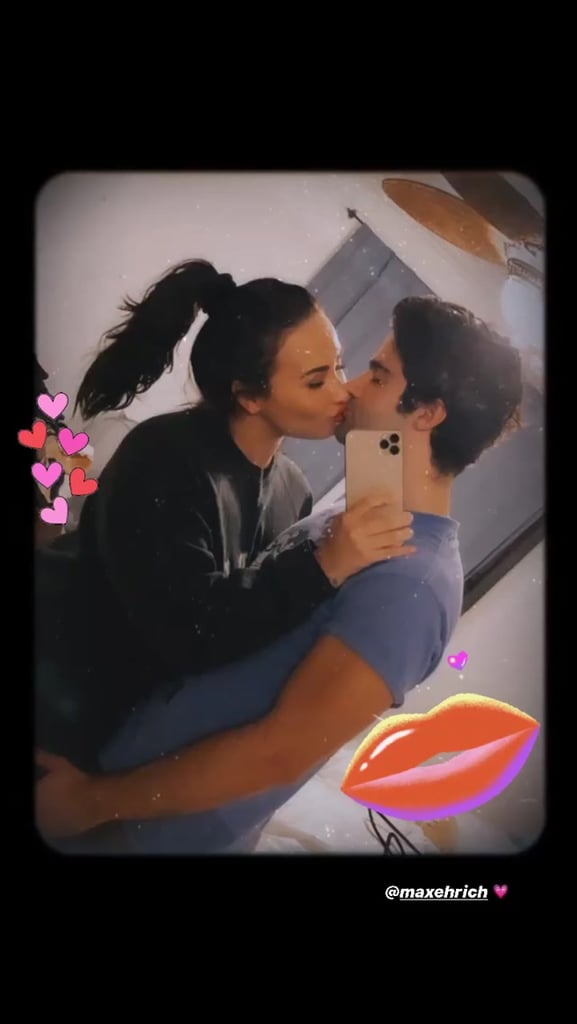 When They Shared a Sweet Kiss

Demi Lovato and Max Ehrich seem to be floating on cloud nine! Ever since the couple confirmed their romance in Justin Bieber and Ariana Grande's "Stuck With U" video earlier this month, they've been slowly giving us peeks into their relationship. The 27-year-old singer was first linked to the 27-year-old actor in March, but it wasn't until May 8th that they finally made things Instagram official. Alongside a clip from their cameo in the "Stuck With U" video, Demi wrote, "Happy to be a part of something so special right now. Like really REALLY happy if you can't tell..." Max expressed similar sentiments in his post, calling Demi his "whole heart." As if we weren't already swooning, check out the few (but adorable) glimpses we've gotten of Demi and Max's romance so far.

Related:
Demi Lovato Has Come a Long Way Over the Past Decade — Take a Look at Her Evolution
Previous Next Start Slideshow
Max EhrichCelebrity InstagramsCelebrity CouplesCelebrity PDADemi Lovato