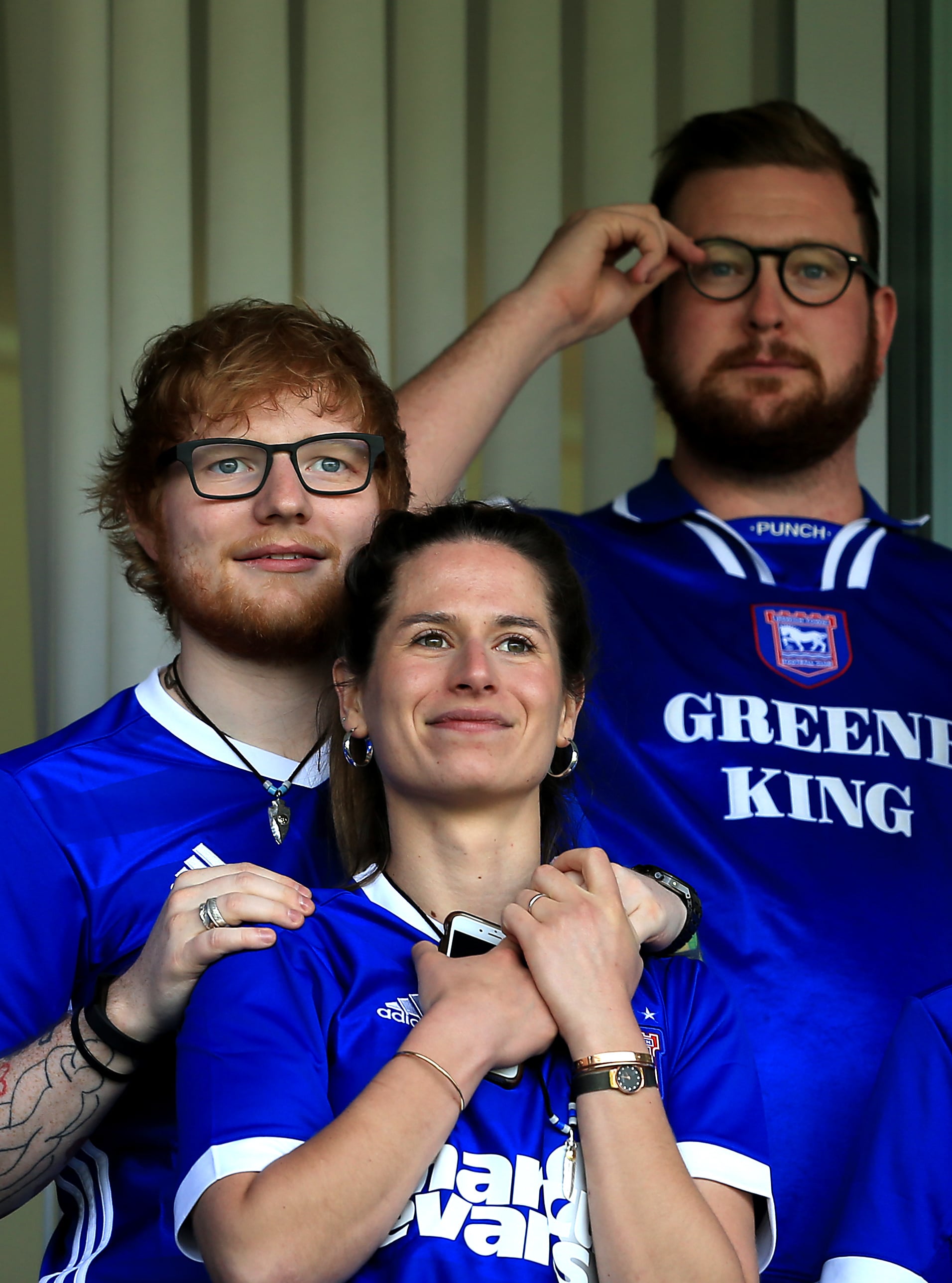 Congratulations are in order for Ed Sheeran and his wife Cherry Seaborn. Not even a month after the couple couple confirmed they were pregnant with their first child, the singer/songwriter announced via Instagram this morning that their bundle of of arrived last week — a daughter by the name of Lyra Antarctica Seaborn Sheeran.

"Ello! A quick message from me as I have some personal news that I wanted to share with you," Ed wrote in a message that accompanied a sweet photo of a baby blanket and the teeniest pair of socks. "Last week, with the help of an amazing delivery team, Cherry gave birth to our beautiful and healthy daughter - Lyra Antarctica Seaborn Sheeran. We are completely in love with her. Both mum and baby are doing amazing and we are on cloud nine over here." Ed also used the message to let fans know he'd be continuing his break from social media, a fact he announced back in December 2019. "We hope that you can respect our privacy at this time. Lots of love and I'll see you when it's time to come back, Ed x."

Ed and Cheery first met when they were in high school, but didn't start dating until 2015. In January 2018, the "Shape of You" singer announced their engagement, and they eventually tied the knot in a small private ceremony at Ed's estate in Framlingham that December.

Congrats again to the new family of three!