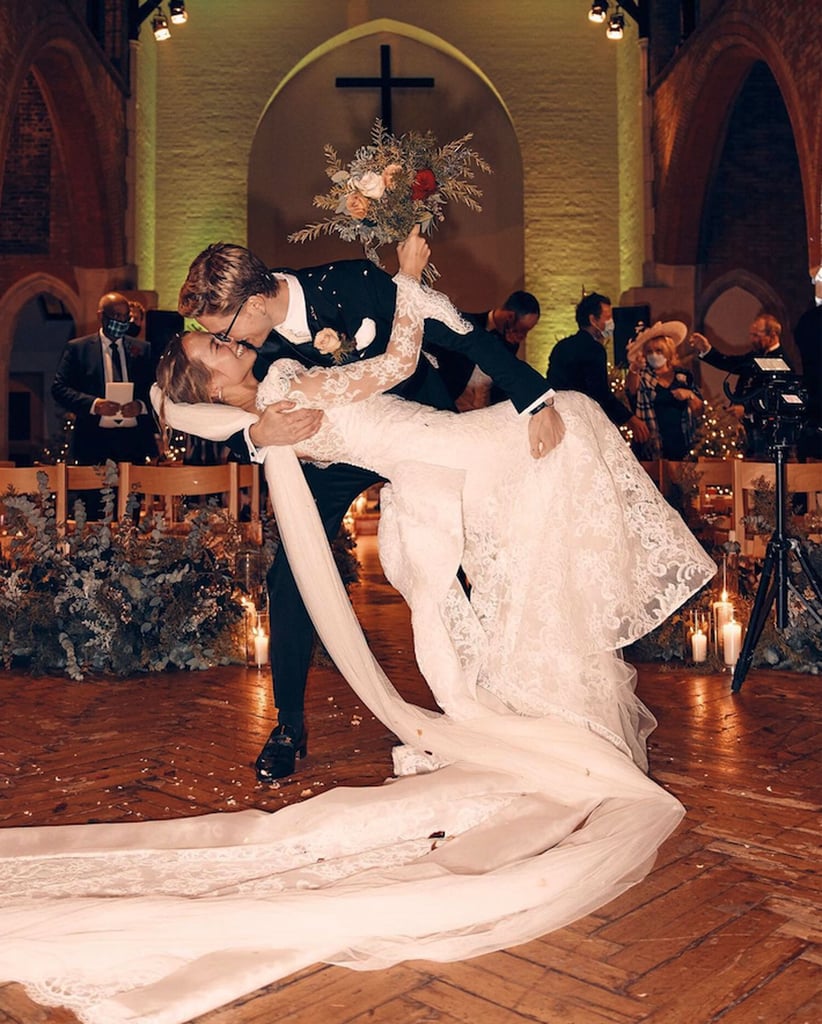 It's official: Proudlock and Emma Lou have finally tied the knot! For fans of Made in Chelsea, the relationship between Serge De Nimes founder Oliver Proudlock and model Emma Louise Connolly is one we've followed for quite some time. We've swooned over their fancy dinners, double-tapped at pics of their romantic getaways, and screamed in excitement when Proudlock proposed back in 2018.

The pair had been together for four years, and to celebrate, Proudlock popped the question on their anniversary. While they were due to get married last year, it seems that the pandemic had other plans. Instead of their official ceremony, Connolly shared their alternative plans on Instagram, showcasing their fancy brunch and her gorgeous blue dress.

Just today, Tatler revealed that the couple had an intimate ceremony back in December, just before the current lockdown hit, at St Albans Church in Fulham. The magazine shared exclusive photos from the couple's wedding, shot by fashion photographer Adam Fussell.

On the topic of the celebration, Proudlock said "we are married and that was the most important thing to us." He added, "our honeymoon was slightly unusual as we spent it at home isolating with Emma-Lou's mum and dad!" Emma admitted "we had an impromptu first dance to Frank Ocean's God Speed after we signed the register and when Ollie twirled me round, it felt like I was floating above this insane set up. I hadn't realised how much emotion of the past year I had been carrying."

Have a look at all the dreamy wedding day pics ahead!