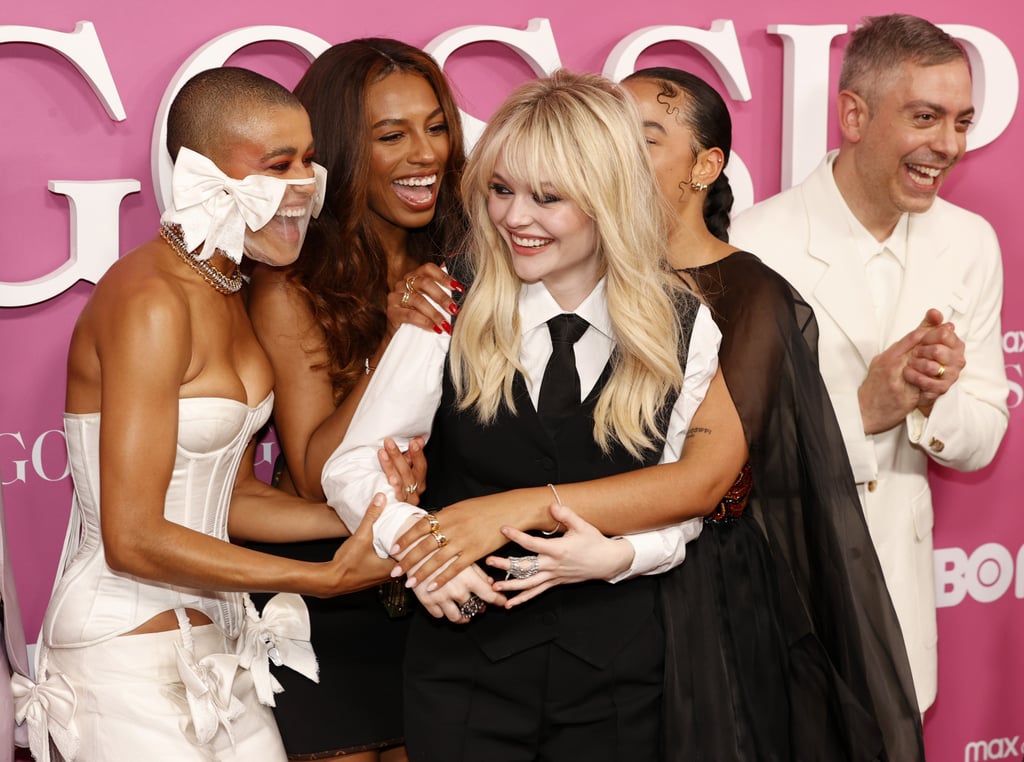 Spotted: the Gossip Girl reboot cast having the time of their lives at the show's NYC premiere. On Wednesday, the stars of the upcoming HBO Max series stepped out on the pink carpet and stole our hearts in the process. Dressed in fashionable clothes even Blair and Serena would be jealous off, stars Jordan Alexander, Eli Brown, Thomas Doherty, Whitney Peak, Emily Alyn Lind, Evan Mock, Zion Moreno, Savannah Smith and more showed off their tight-knit bond as they shared hugs and laughs in front of the cameras. Though the voice of Gossip Girl herself, Kristen Bell, wasn't in attendance, the sweet bond between the cast members is enough to make up for it.

With every new detail we're learning about the reboot, we become more and more intrigued. The new series follows a whole new group of students at Constance Billard School as the infamous Gossip Girl mysteriously returns to wreak havoc on the Upper East Side. While there will be a few key differences in this iteration, it seems like there will be some fun Easter eggs here and there for fans of the original. You know we love it. See more pictures from the premiere ahead.

Related:
Who Is the New Queen of Constance on the Gossip Girl Reboot? We Know You're Curious
Previous Next Start Slideshow
Red CarpetGossip Girl