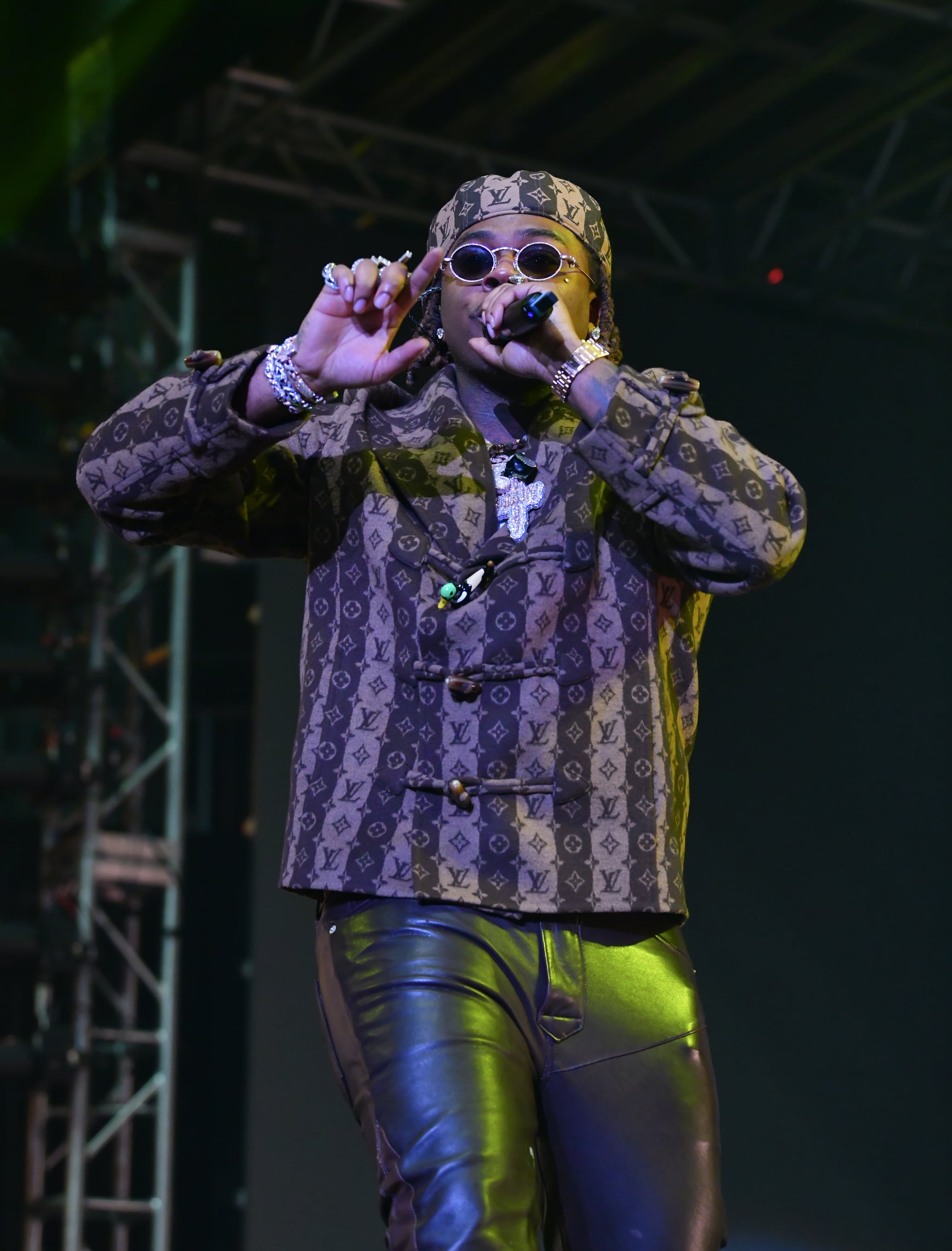 Gunna means business! The "Drip Too Hard" rapper revealed the tracklist to his upcoming album, Drip Season 4, and there are features on features that have us excited. Drake, Future, 21 Savage, Lil Baby, G Herbo, Yung Bleu, Roddy Ricch, and more will appear on the album.

His sole female feature artist is Chlöe — his rumoured romance. The song is titled, "You & Me." Last month, Gunna showed support for the R&B singer at the 2021 American Music Awards. After the ceremony, he told Billboard that they're "not dating." He did, however, reveal that they were recording two songs that could go on either of their upcoming albums. "We've definitely got new music coming, for sure. She can have it. She can have whatever she wants," he said. So, there's another Chlöe x Gunna song out there! Until then, get hyped for Drip Season 4 , and check out the tracklist ahead. The album drops on Friday, 7 Jan.