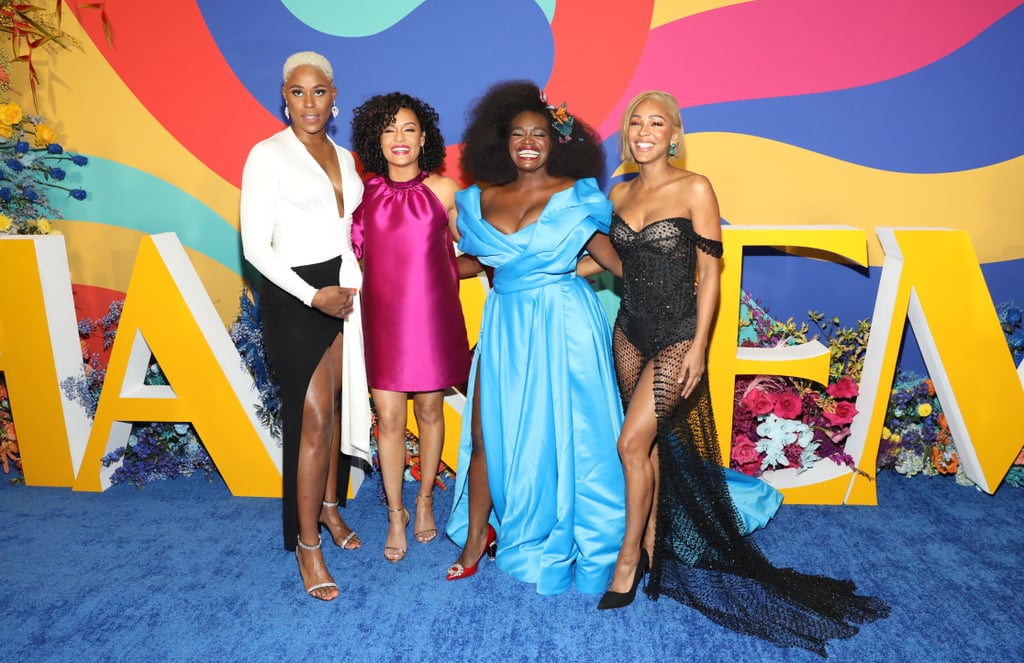 These Fun Photos of the Harlem Cast Make Us Wish We Were Part of Their Sister Circle, Too

For so long it seems like TV shows have starved Black women and women of colour of sisterhood representation, but Amazon Prime Video's upcoming series Harlem aims to change that. The new comedy series, created by Tracy Oliver, hits streaming on Dec. 3 and revolves around the lives of four women in Harlem — Meagan Good (Camille), Grace Byers (Quinn), Shoniqua Shandai (Angie), and Jerrie Johnson (Tye) — as they juggle love, friendship, and their careers.

The bond that the group of four share onscreen closely resembles other sister circles we've grown attached to, from shows like Girlfriends, Sex and the City, and Living Single, to name a few. But those friendships don't end once the cameras stop rolling! Whether they're goofing off on set or slaying the red carpet together, the cast of Harlem always seem to have a good time together no matter where they are. Ahead of the show's debut, check out these cute photos of the cast hanging out!