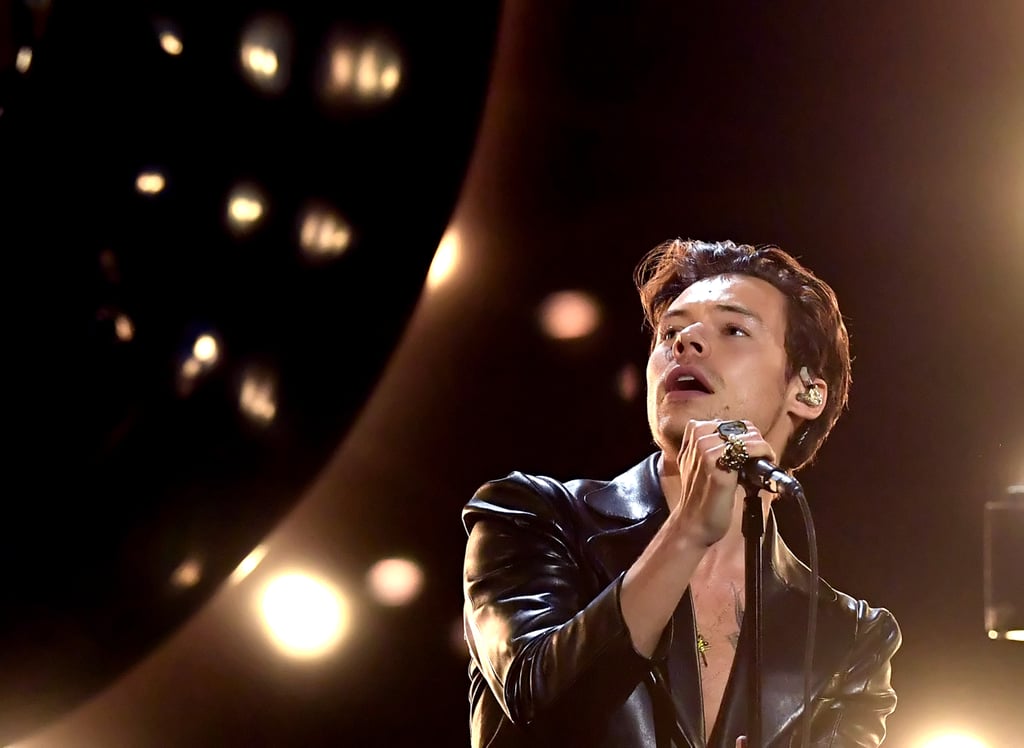 Surprising absolutely no one, Harry Styles had not one, but two of the buzziest moments of the 2021 Grammys on Sunday night! First, he made his Grammys performance debut in a leather suit (without a shirt underneath, revealing plenty of tattoos) and a green feather boa to sing his nominated hit "Watermelon Sugar," kicking off the broadcast in stylish and sultry style. Only a little while later, he got to take to a different stage, accepting the award for best pop solo performance for the same song — now in a plaid green jacket and a purple boa.

Needless to say, there were plenty of memorable moments during his time on the broadcast, and while we don't have a frame-by-frame replay for you, we do have the next best thing: plenty of GIFs! Take a look at some of the best snippets of the show that everyone will definitely be talking about for a while.